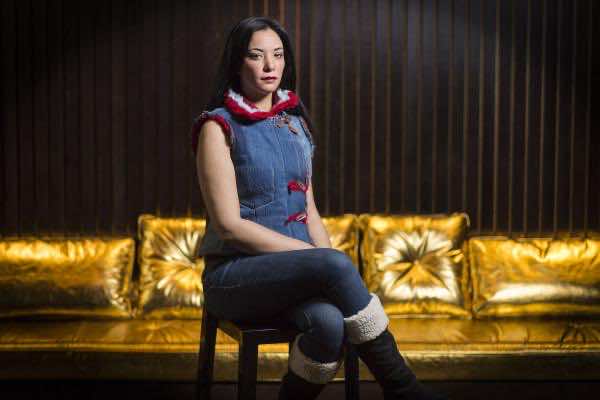 Abidar, who ignited very hostile and angry reactions after her participation in Nabil Ayouch’s feature filmMuch Loved, relates her life story in Morocco under the norms of what she describes ‘a patriarchal and misogynistic society.’ Her book, wherein she expresses her views on a myriad of women issues, is expected to be as contentious and daring as her film.

The controversy following her film went even further to the extent that some fundamental voices called for her death. On 6 November 2015, she was attacked on a street in Casablanca. The next day she flew to France because she “realized that her life is at risk” in Morocco.

Her role in Much Loved earned her a number of awards abroad: The Valois for Best Actress at the Francophone Film Festival of Angoulême and the Golden Bayard Festival of Namur. Loubna Abidar was also nominated for this year’s César Award for Best Actress.

The film, which was presented at Cannes in 2015, was banned in Morocco, where it is considered “a serious affront to moral values and Moroccan women, and a flagrant violation of the image of the kingdom.”

In her autobiography, Abidar assumes the role of a zealous feminist in defense of women’s emancipation. Repeating the famous feminist argument, she states that her plight began the moment she came to this world.

“The disaster began when I came out of my mother’s womb,” writes the thirty-year-old actress. The most favorite occupation of her father was hitting and beating her “two or three times a day, every day,” she said according to Le Figaro

The violence she was subjected to by her father was both physical and sexual as she writes. Yet, when she tried to confide to her mother “much time later, she did not believe [her.]”

Loubna Abidar chose her voluntary exile in France because she feels she doesn’t belong to her ‘regressive’ society where women are subjected to various forms of subordination under religious pretexts.

“Morocco does not want me; it does not want the woman I am… I believe in what the Prophet Mohamed said, not in the Islam of today that oppresses women and their freedom of thought.” Loubna writes.