Rabat - Dar B'na, a Moroccan women’s association located in Dar Bouazza, a beach town on the outskirts of Casablanca, has launched an environmental project that recycles plastic bags transforming them into chic shopping bags, wallets, and other useful items. 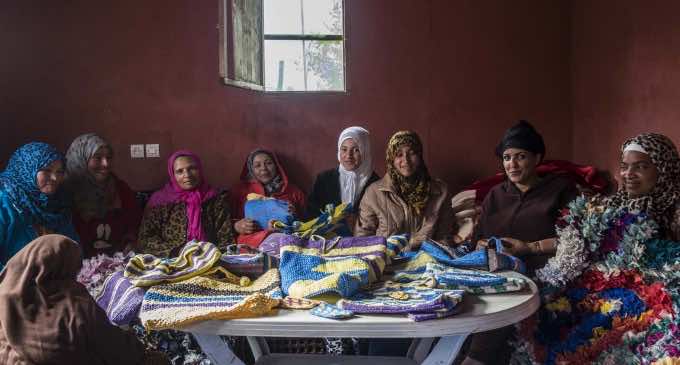 By
Larbi Arbaoui
-
Larbi is a freelance writer and assistant editor at Morocco World News.
May 16, 2016

Rabat – Dar B’na, a Moroccan women’s association located in Dar Bouazza, a beach town on the outskirts of Casablanca, has launched an environmental project that recycles plastic bags transforming them into chic shopping bags, wallets, and other useful items.

The project was launched by a dozen women with the same objectives: to save the environment by collecting discarded plastic shopping bags and to earn a living from the artisanal handicrafts they make.

Speaking to Telquel, Daouia, one of the women working on the project, joked that “It’s like cigarettes, once you start it you cannot stop.”  She added that, “We are always on the search for used bags thrown in the streets.”

This initiative, which comports with the government’s new policies of reducing the use of plastic bags in Morocco, has changed the lives of some families.  All the members of some families are engaged in this green practice which is a source for income for them.  Young girls help in knitting plastic while boys collect plastic bags from the streets or the dust bins.

Morocco introduced a new law last October that aims to eliminate all plastic bags from use in the Moroccan market.  The law, which was presented by Moulay Hafid Elalamy, the Minister of Industry, will be discussed by Parliament before being put into force.

Mustapha El Khalfi, Minister of Communications and Government Spokesperson, who introduced the law said, “it is a great challenge to protect the environment, health, soil, and livestock,” especially given the fact that Morocco ranks as “the second country in the world for the most plastic bags,” according to the minister.

Given that plastic bags can take 1,000 years to degrade, this plastic bag recycling initiative is a very important project for Morocco that should inspire other associations all over Morocco.