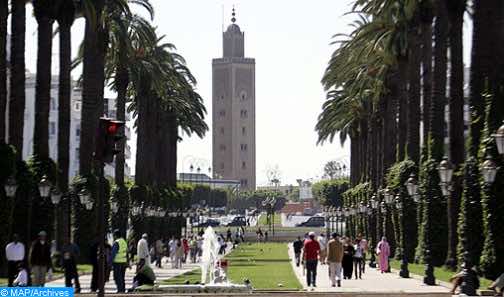 The event, held under the Patronage of HM King Mohammed VI, in accordance with the decision of the 38th Council of Arab Ministers of Sports and Youth, held in Cairo in April 2015, will be attended by 3,200 young people from different Arab countries, said the ministry in a statement.

The choice of Rabat to become the capital of Arab youth is the result of Morocco’s making youth a top priority in government programs and public policies through projects and initiatives carried out by the Kingdom for the benefit of Moroccan youth “to strengthen citizenship and encourage them to integrate social, economic, cultural and political development”, said the ministry.

The event is an opportunity to highlight efforts of various Arab countries to improve youth status, give them the opportunity to reinforce their skills, improve their talents through a variety of festivals and artistic, cultural, and athletic events, and strengthen values of peace and solidarity among them, the ministry added.

Several activities and events will be organized on this occasion in many regions of the Kingdom, mainly the Arab forum on youth economic integration (May 23-25 in Rabat), the International Triathlon (May 28 in Rabat), and the traditional Arab games festival (July 14-17 in Ifrane).