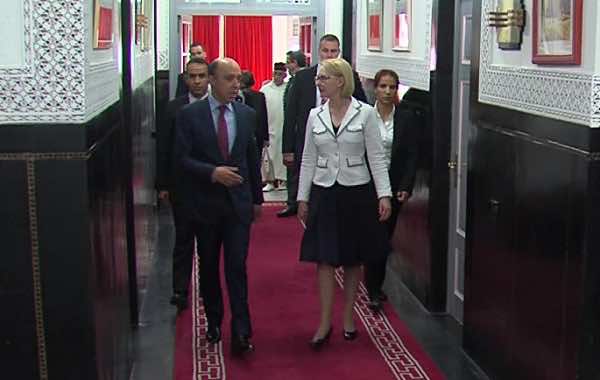 This came in a meeting between Speaker of the Moroccan House of Representatives (lower house), Rachid Talbi Alami, and Speaker of the Finnish Parliament, Maria Lohela.

Talbi Alami said that the visit of the Finnish official to Morocco will contribute to strengthening bilateral regional, economic and cultural ties.

He also stressed the need to reinforce relations between the two parliaments to exchange visions and ideas and clarify positions on many regional and international issues of common interest, a press release of the House of Representatives said.

Talbi Alami highlighted Morocco’s achievements in the field of human rights, women and youth representation, as well as security and the fight against terrorism.

The Moroccan official also briefed Lohela on developments in the Sahara issue, underlining that the autonomy plan is the realistic solution to this artificial conflict.

For her part, Lohela stressed the need to strengthen relations between the two countries at all levels, especially parliamentary ties.

She said that her visit to Morocco, which is part of a regional tour, reflects the desire to reinforce bilateral relations particularly in economic and cultural fields, to raise them to the level of bilateral political relations.