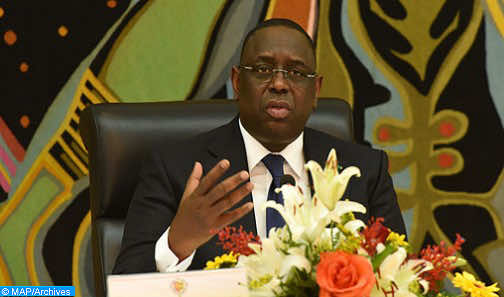 There is “an old and long brotherhood and love relationship” between Senegal and Morocco, which is “based on common values”, he pointed out.

“Regardless of the political regime in Senegal, we have always had a strong relationship with Morocco,” he added, noting that Moroccan sovereigns also managed to maintain the strength of relations between the two countries.

Senegalese president said that the two countries are set to boost their economic cooperation, adding that during the last visit paid by HM king Mohammed VI to Senegal in 2015, several projects were selected and a group was set up to monitor and evaluate bilateral partnership.

Senegalese President also hailed the creation of the Mohammed VI Foundation for African Ulema, stressing the importance of such initiatives in the fight against religious extremism.

“We need a religious discourse to fight jihadist propaganda,” he said.

This is an extremely important battle, and Morocco has already made much progress in the training of imams and teaching of Islam, President Sall pointed out.