Rabat - A 28-year-old man of Moroccan origin died on a sidewalk in Chicago Monday night due to what police officers claim could have been a drug-related dispute, a report by the local source WGN TV said. 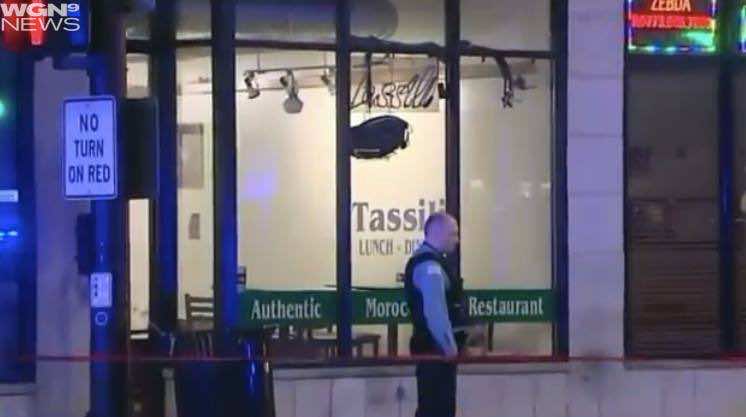 Rabat – A 28-year-old man of Moroccan origin died on a sidewalk in Chicago Monday night due to what police officers claim could have been a drug-related dispute, a report by the local source WGN TV said.

The perpetrator shot the man, who has been identified as Achraf S. by acquaintances, in the head and face while the victim had been seated in his car at Elston and Pulaski Avenue in the windy city’s Irving Park neighborhood. He ran across the street and collapsed on the sidewalk after the attack.

A local named Jonathan Valentin live streamed the scene after the incident on Periscope. “That’s the whole body, right there,” he said, referring to the corpse covered by a white sheet provided by the police. Only the soles of the victim’s sneakers showed.

Police have taken a suspect into custody, but no names have been released yet.

The victim’s friends say he has been working odd jobs in the U.S., but resided in Morocco and the neighboring Spain for most of his life. They speculated that Ashraf had been running towards the restaurant to get help, as he had no family in the country.

The man’s three roommates spoke to the Chicago Tribune and said they had moved to the area a few months ago from the South and West sides of Chicago in search of a safer place to live.

According to a bystander comforting Ashraf’s friends, Irving Park has grown increasingly dangerous in recent years because drug dealers have found a new market.