Rabat - Journalist Mohammed Dou Rachad has become the first Moroccan to secure space on his own to provide coverage of both the Democratic and Republican conventions in July. 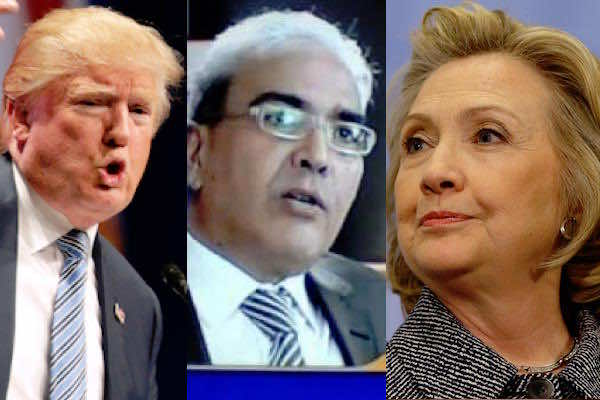 Rabat – Journalist Mohammed Dou Rachad has become the first Moroccan to secure space on his own to provide coverage of both the Democratic and Republican conventions in July.

A source close to the coverage agreement said it would also allow Dou Rachad’s company to cover the November 8 elections closely after the party conventions and procure exclusive interview times with the candidates later on in the election season.

The journalist plans to use the footage in partnership with Moroccan and other Arabic-language news outlets so they can have original audiovisual content for their audiences.

Dou Rachad has worked for several reputable news organizations in the past, including Morocco’s own SNRT from 1974 to 1984. Afterwards, his career took him to Paris, where he trained members of 2M’s staff and later became a correspondent for the BBC Arabic channel. In the United States, he has written for and anchored several news publications and shows, including Voice of America, the Arab Network of America and Worldnet.

More recently, the writer and documentarian’s work has covered developments in Egypt and the United Arab Emirates from within the two countries. He has assisted struggling channels such as Alghad Al-Arabi TV in London and the Abu Dhabi Channel to relaunch operations and revamp their organizational missions.

Currently Dou Rachad works as a managing partner of 50 Frames LLC, a production company based in Washington, D.C.

Mohamed Hajjam, the CEO of AV Actions, another media company based in Washington, said the journalist represents a “source of pride” for all Moroccans.”

“Morocco should capitalize on professionals such as Dou Rachad to establish channels of communication with American media.” Doing so would allow the kingdom’s denims to better understand the dynamics of American politics, he said.