Rabat - The flag of the so called Islamic State (ISIS) was projected onto the building of Saudi Arabia’s embassy in Berlin yesterday along with the phrase “Daesh Bank." 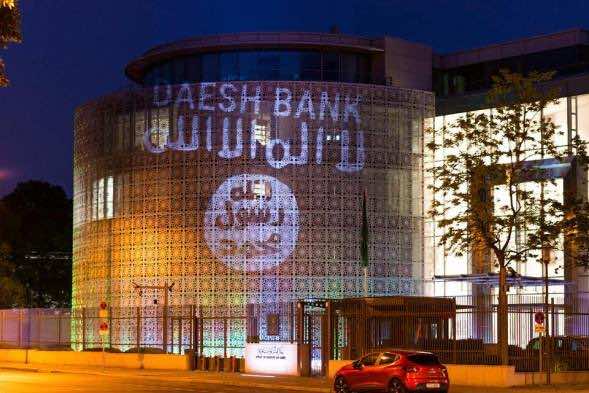 Rabat – The flag of the so called Islamic State (ISIS) was projected onto the building of Saudi Arabia’s embassy in Berlin yesterday along with the phrase “Daesh Bank.”

The phrase “Bank of Daesh” implies that Saudi Arabia is behind the direct financial support of Isis, but the Saudi government has repeatedly refuted any such claims.

The beaming of the projection is part of a campaign accusing Saudi Arabia of having links with the terrorist group. Oliver Bienkowski’s Facebook page shows another projection on the Saudi embassy in Berlin reading “10 years and 1000 lashes just for blogging #FREERAIF.”

The projection is meant to draw attention to the imprisonment of blogger Raif Badawi.