Rabat - Why do American media insist on equating Zionism to antisemitism? How can they explain that many Jews reject Zionism, criticize it and judge it rather severely. 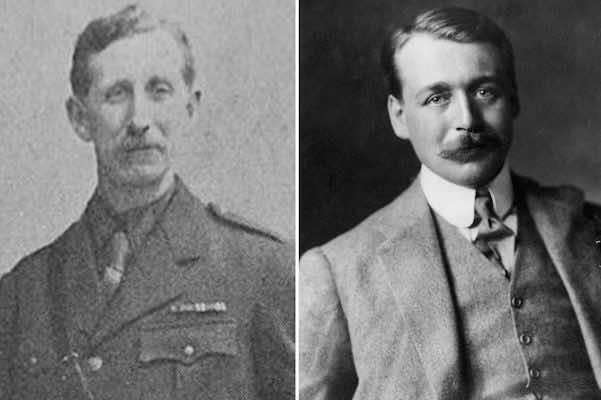 By
Abdellatif Zaki
-
Abdellatif Zaki is a professor of Languages and Communication at Institut Agronomique et Vétérinaire Hassan II, Rabat, Morocco.
May 18, 2016
Spread the love

Rabat – Why do American media insist on equating Zionism to antisemitism? How can they explain that many Jews reject Zionism, criticize it and judge it rather severely.

While one can understand the pressure which U.S. financial centers on State legislatures apply on European businesses and organizations that adhere to the worldwide BDS campaign to boycott Israeli commodities produced in the occupied territories, it is less easy to understand why the intellectual elites fail to convince their countrymen and countrywomen that consuming these products means supporting apartheid, racism, the systematic violation of human rights, illegal occupation of the lands of others, crimes of war and against humanity, assassination and cold blooded murder.

The notorious Asia Minor Agreement more known as the Sykes-Picot deal that designed the region without caring to take into account the opinion of the local populations as if they had been mere cattle is still generating effects that could have been anticipated and for which responsibility is still Sykes’ and Picot’s and their respective countries. In fact, the experienced and skilled foxy French and British negotiators as well as the Russian observers that had validated the partition were smart enough to know that borders drawn artificially did not last long and that their deal could therefore in no way be final.

But it so happened that they also knew they held the most decisive weapon in all wars, namely, finance and that they could handle it in any way necessary to silence voices, tame rebellions, break necks and impose steps and a march to all. I am aware that this observation by itself qualifies in some minds as evidence of antisemitism and therefore as cause enough to accuse, indict, judge and condemn.

Furthermore, the failed British promise to Belford to grant his organization land in Palestine to create a Jewish state when designing the Asia Minor Agreement was premonitory of violence and instability that could not at the time be identified as Zionist terrorism that would generate a few decades later the resistance of revolutionary and militant groups that would be identified as freedom fighters, jihadists and rebels and that would be driven by such motivations as fundamental nationalistic religious extremism and radical secularism.

The severity of the opposition of native populations to the imperialistic foreigners coming from parts of the world in which they had been discriminated against, humiliated and abused could have been a predictable outcome of the decision. In fact, one can hardly expect a population whose land had been stolen to welcome the spoliator with milk, dates and cookies. Had the historical and religious arguments been of any validity at all, the principles underlying them would have had to operate to give back their lands to the natives of the Americas, Australia and many other parts of the world.

Just as Sykes and Picot knew that they were seeding the germs of a monster, those fiddling with the map of the region should know that they are sowing causes of discord, discontent, conflict, hatred and war. Their interventions are setting up channels through which extremism, radicalism and terrorism will infiltrate and settle in the region. In the end of the day, the bomb they are manning will detonate in their hands and the monsters will turn against them.