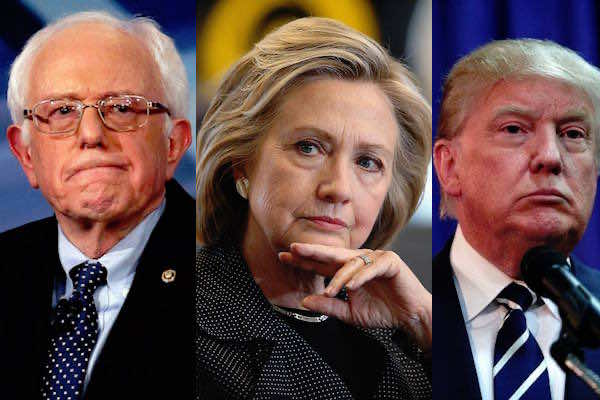 Rabat – With the United States Presidential election of 2016 nearing, candidates are doing anything in their power to undermine one another.

Currently, the remaining candidates running in the Republican Party is Donald Trump, and in the Democratic Party are Bernie Sanders and Hillary Clinton.

Most recently, Trump has announced his plans to criticize Clinton on various issues, including topics like her husband Bill Clinton’s, past infidelities, handling business through a private email server as secretary of state, and the Benghazi attacks resulting in the deaths of four Americans, according to the New York Times.

Sanders’ campaign is even quick to denounce Clinton, stating that the Democratic Party would be courting ‘disaster’ if it nominates Mrs. Clinton as its presidential nominee, according to The Washington Times.

But Clinton has plans of her own. Her ‘Super PAC’ announced the airing of ads that will attack and critique Trump’s sexist comments towards women, according to the New York Times. These ads were initially to be released after the June 7 primary contests, but has since, decided to shorten the wait.

In the past, Trump has blatantly attacked women with sexist comments like his interview with a female reporter, which was featured as a clip on Last Week Tonight with John Oliver.

“I mean, we could say politically correct that look doesn’t matter, but the look obviously matters. Like you wouldn’t have your job if you weren’t beautiful,” Trump said, referring to a female reporter.

With the candidates’ neck and neck, we have yet to see who will win the Presidential election.