Rabat – Morocco summoned the US Ambassador to Rabat on Wednesday after Washington rejected the statements of the Moroccan government criticizing and refuting the US State Department’s report on human rights. 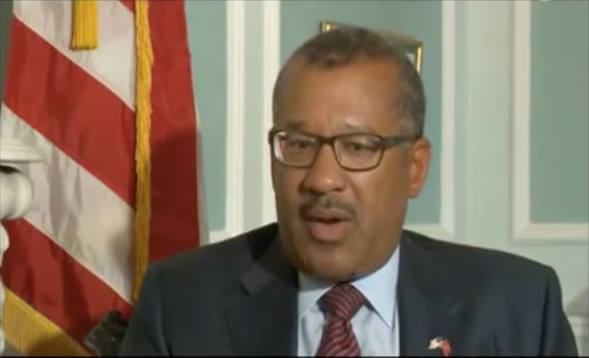 Rabat – Morocco summoned the US Ambassador to Rabat on Wednesday after Washington rejected the statements of the Moroccan government criticizing and refuting the US State Department’s report on human rights.

US Ambassador Dwight Bush was summoned yesterday by Minister Delegate for Foreign Affairs Nasser Bourita in the presence of Mohamed Yassine Mansouri, head of the Intelligence Agency (DGED) to answer for the report.

During the meeting, the Moroccan officials presented three cases demonstrating “the proven manipulation and blatant factual errors that taint the State Department’s report,” the spokesperson for the Ministry of Foreign Affairs and Cooperation said in a statement.

The first case involves Ouafae Charaf. The spokesperson said that the report of the State Department claims that Ouafae Sharaf was sentenced to two years in prison for “making false allegations of torture” and “reporting crimes which she was aware were non-existent.”

However, “The judicial investigation and legal phone tapping conducted by the public prosecution in this context have confirmed, categorically, that this woman invented the script of her alleged abduction, and encouraged members of her own family to make false statements to corroborate her thesis,” the statement said.

“This is the reason she was sentenced to prison under the provisions of Moroccan law, for ‘making false accusations,’ ‘presenting false evidence about an imaginary crime,’ and ‘insulting judiciary police and an official in the performance of their duties,’ it explained.

The second case presented is that of Osama Housn. ”The report of the US State Department claims that Osama Housn was sentenced to 3 years in prison for ‘making false allegations of torture’ and ‘reporting crimes that he was aware were non-existent.’”

According to the statement, ”the judicial investigation established, categorically, the falsehood of his allegations, since his friend had denied his claims and said that he was with her at the time he claims to have been kidnapped. Available video recordings confirm these facts.’”

The third case concerns Hamid Mahdaoui. According to the report of the US State Department, “on June 29, a Casablanca court sentenced Mahdaoui Hamid, news editor of BADIL website, to a suspended four-month sentence for defamation of the head of National Police (DGSN), Abdellatif Hammouchi,” the statement said.

However, according to the statement, “The facts cited in the report have not been checked, demonstrating the negligence or bad faith of the editors,” adding that Hammouchi was not in charge of the National Police at the time of the alleged facts reported against him. In fact, DGSN, whose head at that time was Bouchaib Rmil, filed on June 5, 2014, a complaint against Mahdaoui for “insulting for reporting a non-existent crime” and “slanderous denunciation,” the statement continued. “The Moroccan government thinks and hopes that these specific cases cannot and will not be denied by the US State Department. Morocco, sure of its claims, has other evidence of other cases and is ready to demonstrate their fallacy.”

”Morocco is a state of institutions. It has national structures whose credibility and reliability are widely recognized. These include institutions in charge of the promotion and protection of Human Rights (the National Human Rights Council, the Inter-Ministerial delegation for human rights, the Ombudsman), regulation and governance (the High Authority for Audiovisual Communication, Competition Council, National Authority for Probity and the Fight against Corruption, Royal Institute for Amazigh Culture),” the statement added, noting that these institutions are primarily concerned with the status of human rights in the Kingdom.

”Serious allegations such as those contained in the report of the State Department give the impression that these institutions do not fulfill their missions. They are an insult to the active commitment and dedication of their members,” said the statement.

”The reaction of the US spokesman confirms Morocco’s doubt as to the sincerity of the State Department and its readiness to cooperate with the Moroccan government to restore truth and denounce manipulation and lies as requested by the statement of the Ministry of Interior published yesterday,” the source said.

“Similarly, the obstinacy of the report drafters, who even distorted facts, drives the government of Morocco to question the true objectives and motivations of this exercise,” the statement stressed.

”Morocco is ready to go all the way and bring the issue before the highest authorities at the various American national institutions,” the statement concluded.