Rabat - The United States Embassy in Rabat issued a response to criticism the Moroccan government leveled at the US State Department following its “scandalous” report on human rights in Morocco. 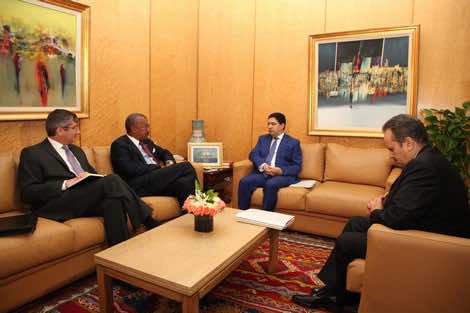 By
youssef El kaidi
-
Youssef El Kaidi is a PhD candidate at the University of Sidi Mohammed Ben Abdelah Fez.
May 18, 2016
Spread the love

Rabat – The United States Embassy in Rabat issued a response to criticism the Moroccan government leveled at the US State Department following its “scandalous” report on human rights in Morocco.

The communiqué released by the Moroccan Ministry of the Interior described the report as “truly scandalous” because it goes “from approximation of information to pure and simple invention, from erroneous appreciation to lies.”

US Ambassador to Morocco Dwight Bush said Wednesday afternoon that the United States “attach[es] great value to the excellent cooperation between the Moroccan Ministry of the Interior and the US agencies in what concerns security and judicial matters.” In the same vein, the US Ambassador stressed, “This cooperation is a key aspect to our strategic partnership with Morocco.”

Mr. Bush also stressed in his statement that the partnership between the US Embassy and the Moroccan Ministry of the Interior is based on honesty, which allowed a series of frank discussions in recent weeks. He hopes “to continue these exchanges throughout the year to better make our contribution to the annual report on human rights in Morocco.”

Bush concludes his statement with the hope that discussions between Morocco’s Ministry of the Interior and US agencies would continue for the benefit of both countries. “We look forward to continuing our close cooperation with the Ministry of Interior for our common interest in security and human rights,” the US ambassador concludes.

Relations between Morocco and the US have recently come under remarkable strain following Washington’s ambiguous stance with regard to the Moroccan territory of the Western Sahara. The recent State Department annual report on human rights in the kingdom came to aggravate the already deteriorating relations between Washington and Rabat.