Rabat - Many are the stories that tell of the tolerance, generosity, and hospitality of Moroccans. One such legendary story is that of Lahcen who lives in the fur-flung village of Arazan, near Taroudant. 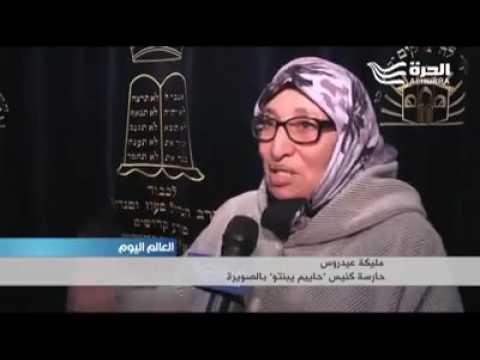 Rabat – Many are the stories that tell of the tolerance, generosity, and hospitality of Moroccans. One such legendary story is that of Lahcen who lives in the fur-flung village of Arazan, near Taroudant.

Lahcen has been keeping a promise made to his friend Moshe in the 1950s.  When Moshe immigrated to Israel, Lahcen promised to take care of his ancestors’ graves for as long as he lived – and he has done so until now.

A more recent story was reported by Alhorra TV of a Moroccan Muslim woman who has devoted her life to taking care of the Rabbi Haim Pinto Jewish synagogue in the city of Essaouira. Malika Aidrous can teach the world the most sublime meaning of tolerance and coexistence. For years, she has been receiving visitors, cleaning the synagogue, and taking care of its documents and equipment.

“People ask me if I am a Jew or a Muslim; I say I am a Muslim and they are surprised. How can a Muslim woman take care of a Jewish synagogue? I tell them, this is our culture that we inherited from our ancestors. We were living together with Jews without any problems whatsoever,” Malika told Alhorra TV.

Andre Azoulay, a Moroccan Jew and advisor to King Mohammed VI believes that “Islam and Judaism in Morocco have established a civilization which is based on mutual respect.” The long-established values of coexistence and respect, he insists, should be shared nowadays.