Rabat - Algerian news website Echorouk Online has reported that Algerian security services in the Wilaya of El Oued and other regions of the country, have launched an in-depth investigation into Moroccan laborers working in the construction sector in Algeria as to whether they are “spying on Algeria’s interests.” 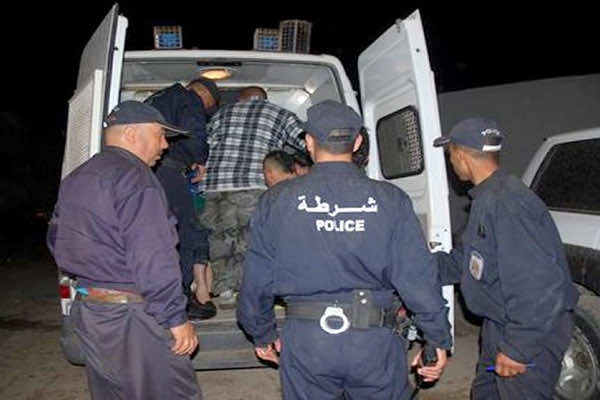 By
Larbi Arbaoui
-
Larbi is a freelance writer and assistant editor at Morocco World News.
May 20, 2016

Rabat – Algerian news website Echorouk Online has reported that Algerian security services in the Wilaya of El Oued and other regions of the country, have launched an in-depth investigation into Moroccan laborers working in the construction sector in Algeria as to whether they are “spying on Algeria’s interests.”

The same source said that most workers were specialists in traditional Moroccan tiles and gypsum wall and ceiling decoration.

They came from Morocco to work in public facilities projects launched by Algeria, including “municipalities, administration headquarters, hospitals, and even houses of high-ranking officials in the region.”

The same source added that the investigation is attempting to “uncover the real identity of dozens of Moroccan workers.”  They were asked questions such as “why, when and how did you come to Algeria?”

Algerian authorities verified Moroccan workers’ identities and scrutinized their passports, and called on Algerian entrepreneurs to provide copies of their work contracts and inform the Ministry of Interior of their presence.

The news website said that a number of observers from Algerian security affairs cited “the need to be very careful of the Moroccan workers.”

It claimed that since the appointment of Mohamed Yassine Mansouri as head of the General Director of Studies and Documentation (DGED), Moroccan intelligence “has been working to revitalize [its] spy networks, through a strategy of recruiting agents as low-paid workers in different sectors in many countries all over the world.”

The same source stressed that the in-depth investigations led by the Algerian authorities have failed to identify any suspects among the accused Moroccans, who “are under surveillance,” according to the Algerian news website.

Echorouk added that “a big number of highly skilled Moroccan artisans, especially in traditional Moroccan tiles,” continuously come into Algeria to meet the demand of Algerian contractors, who need a skilled workforce.

The Moroccan news website Hespress, citing an Algerian website, stated that in 2015, the Algerian government announced that more than 350,000 Moroccan immigrants were living in Algeria under illegal pretenses.

On Saturday, Moroccan authorities interrogated an Algerian police officer known as Zouj Bghal, who had slipped across the Moroccan border through a major crossing point in order to seek asylum, before deporting him back to his country of origin.

All Morocco-Algeria borders remain closed after more than 20 years, and now tensions between the neighboring countries are escalating over the issue of the Sahara, where Algeria has been explicitly involved in backing, with material assistance, separatists in the Tindouf camps.