New York - Former US Deputy Undersecretary of Defense Dov Zakheim criticized in an article published on "Foreign Policy" magazine on Friday the controversial US Department of State Human Rights report in Morocco, pointing out that US officials rely on unverified sources. 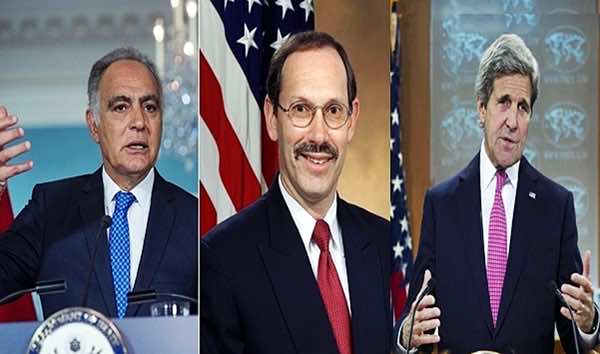 New York – Former US Deputy Undersecretary of Defense Dov Zakheim criticized in an article published on “Foreign Policy” magazine on Friday the controversial US Department of State Human Rights report in Morocco, pointing out that US officials rely on unverified sources.

“Washington is playing fast and loose with the facts, and is hypocritical to boot”, adding that “the worst human rights violators pay little attention to the State Department reports”.

Pointing out that the authors of the report cites unverified sources, the former US official said its normal that Morocco expressed this displeasure at the allegations it contains.

“The document generally cites sources other than the U.S. government’s own findings. No wonder the Moroccans are furious,” he said.

Zakheim pointed out that the report cites the case of Moroccan activist Wafae Charaf, without providing the sources on which it bases its findings.

The report “also states that activist Wafae Charaf was imprisoned for “allegedly falsely reporting being abducted and tortured by unknown persons.” It does not indicate the source of this particular finding,” he noted.

Zakheim went to add that the report “devotes more pages to Moroccan violations than Iranian ones, and Morocco gets a third more pages than Cuba does.”

“Morocco’s alleged violations stand in stark contrast to the crimes perpetrated by Iran, Syria, and other manifestly brutal regimes,” said Zakheim who served also as a comptroller of the Pentagon.

“The authors should have carefully examined the evidence that friendly states were willing to provide to support their cases, rather than blindly relying on assertions by non-governmental organizations that may well have their own axes to grind,” he said.

The former US official criticized the Obama administration for alienating friendly countries, such as Morocco and reaching out to countries that have long considered the US as their sworn enemy, such as Cuba and Iran.

“Both sides of that policy, alienating friends and mollycoddling adversaries, will likely persist, at least until a new occupant enters the White House in eight months time,” he concluded.