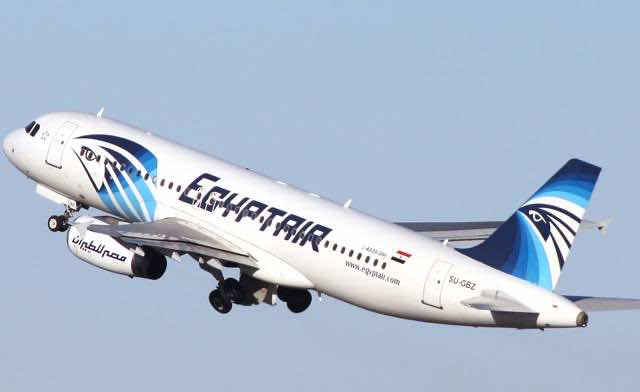 Rabat – The EgyptAir jetliner that crashed into the Mediterranean on Thursday was once the target of political values, with writings on its underside stating in Arabic, “We will bring this plane down”, according to the New York Times.

There were also remarks written like “murderer” and “traitor”, which is thought to be referring to Egypt’s President, Abdel Fattah el-Sisi.

According to three EgyptAir security officials, the graffiti, that appeared about two years ago, came from aviation workers at Cairo airport. The officials who spoke anonymously, say that at the time, the graffiti had been linked to the domestic Egyptian political situation, rather than to a militant threat.

Since the increase of Egypt’s political turmoil, jihadist violence, and other aviation disasters such as the crash of a Russian plane that killed 224 people in October, EgyptAir has put into effect various new security measures and has also fired employees due to their political leanings, has stepped up crew searches, and added extra unarmed in-flight security guards.

The question remains open on whether these extra moves were sufficient for the airlines. After the crash, experts sifted through data emitted by the plane before it went down to figure out what has caused the crash.

Data confirmed that several smoke detector alarms went off while the plane plummeted into the Mediterranean, according to the French air accident investigation authority. Authorities also cautioned that the signals that were sent by the monitoring system on board the Airbus A320 jetliner did not provide enough information to give answer as to why the plane crashed.

“These are not messages that enable us to interpret anything,” said Sébastien Barthe, a spokesman for France’s Bureau of Investigations and Analysis.

“If there is smoke, it means that there is potentially a fire somewhere, but it doesn’t tell us where the fire is, and it doesn’t help us establish whether it is something malevolent or something technical.”

Of the 66 people on Thursday’s flight from Charles de Gaulle Airport in Paris, three passengers were EgyptAir in-flight security personnel, which was one more security personal than the normal. Reasons were not clear as to why there were extra security personnel on board during the flight.

Usually, a security guard sits in the first economy row, behind business class, and the other is at the back of the aircraft, according to two members of the EgyptAir crew. During stops or layovers at foreign countries, security guards are usually responsible for searching the workers who clean the plane. They also check the credentials of all crew members or employees who board, but do not monitor the baggage handlers who load the plane’s baggage hold.

Such procedures don’t take place in Paris as European airports do not permit EgyptAir security to search local cleaning workers. Some Egyptian officials feel they are being discriminated against.

Although the Egyptian society has been divided due to the turmoil that followed the toppling of the former President Hosni Mubarak in 2011, there has been a definite sense of national solidarity since the crash on Thursday. Many Egyptians have shown fury to any suggestion that the crash may be linked to the airline crew.

“Don’t listen to the lies people have been saying since the crash,” said Ezzat Shoukair, a cousin of the captain, beginning to weep as he spoke. “We just want to know where his body is. Otherwise, where will those who miss him go when they want to visit him?” 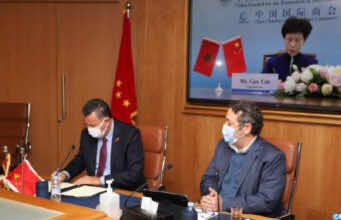