Aden - A suicide car bomb killed at least 40 army recruits and injured 60 others in Aden on Monday, medics said. 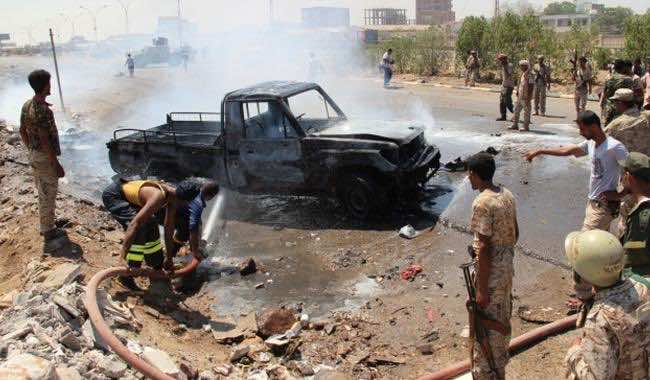 Aden – A suicide car bomb killed at least 40 army recruits and injured 60 others in Aden on Monday, medics said.

The attack occurred as the recruits lined up to enlist for military service at the home of a senior general in the Khor Maksar district of Aden, officials said.

The port city serves as the temporary capital of Yemen’s administration while it seeks to seize back the capital Sanaa from the armed Houthi group.

The attacks follows gains by Yemeni government forces, who mounted an offensive against Al Qaeda militants on the south coast.