Rabat - “New Horizons of Muslim Diaspora in North America and Europe” is the title of a new book edited by the Moroccan university researcher and author Moha Ennaji. 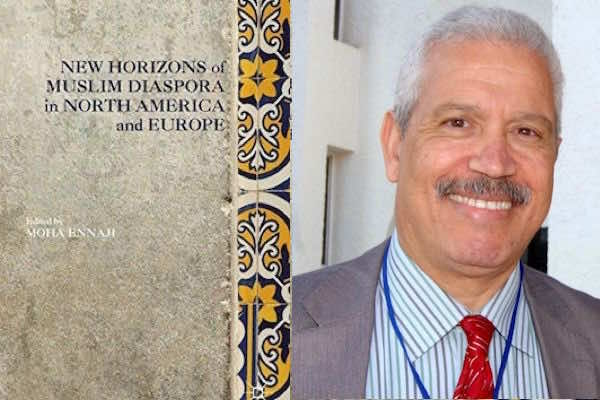 Rabat – “New Horizons of Muslim Diaspora in North America and Europe” is the title of a new book edited by the Moroccan university researcher and author Moha Ennaji.

The book, which is in 282 pages, has recently been published by the US prestigious publishing house Macmillan-Palgrave.

The book explores the situation of the Muslim communities in North America and Europe, with the participation of sixteen international experts and scholars. In addition to its theoretical perspective, the book includes an empirical dimension and case studies about Muslims in Canada, the United States, France, the Netherlands, Italy, Germany, and Britain, for the purpose of comparison.

The book deals with issues related to freedom of religion and human rights, cultural diversity and its role in the consolidation of democracy, development and social cohesion in the Western world. It focuses on the Muslim diaspora in Europe and North America, and the challenges facing Muslim minorities, as well as their contribution to sustainable development and dialogue between religions in the host countries.

This book aims to expose readers to scholarship on Islam and Muslims in Europe and North America, and to the wider historical and structural processes that have set the stage for the formation of Muslim minorities in these Western societies. It also aims to help readers and students cultivate a greater command over current trends in social analysis and theorization about citizenship, integration of Muslims in secular states and the emergence of a European and American Islam.

Another major goal of this book is to open new avenues of thought and other prospects to move to another phase of the debate on Muslim diaspora that would link policy based on cultural difference to democratic culture and to social justice.

The objective also is to deepen knowledge about Muslim communities in Western countries, the ways their cultures intersect with the West, and their contribution to democracy, diversity, development and social cohesion in the West.

The book criticizes the essentialist approach to the concept of culture which reduces all diasporic Muslims to one category and ignores other important factors that shape the attitudes and behaviors of Muslims in the West, particularly their socio-economic status, gender, age, education, social class, and attitude toward religion and the Western lifestyle. The majority of Muslims in North America and Europe are reluctant to be reduced to ‘Muslim,’ although some of them feel obliged to accept the label. In this volume, the various chapters reveal that diasporic Muslims are heterogeneous given their diverse cultures and ethnicities; they are actually divided, not united, and have different views and interpretations of Islam and various attitudes and representations of Western realities. Due to their marginalization and often low social status, some Muslims turn to religion and traditional values and practices to overlook for their socio-economic exclusion from the European or American society.

Moha Ennaji is a prominent Moroccan academic with research interests in culture and society, migration, gender issues, and linguistics. He is co-founder and president of the International Institute for Languages and Cultures at Fès, Morocco. He has numerous publications on linguistics, cultural studies, migration, education, and women’s studies. His most recent books include: “Multiculturalism and Democracy in North Africa” (Routledge, 2014), and “Muslim Moroccan Migrants in Europe” (Palgrave, 2015).