Paris - Morocco is seeking to develop its economic model in a sustainable way, according to the African Economic Outlook 2016 released at the African Development Bank Group’s 51st Annual Meetings. 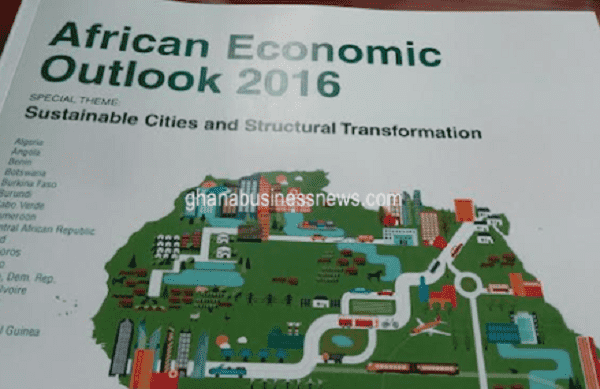 Paris – Morocco is seeking to develop its economic model in a sustainable way, according to the African Economic Outlook 2016 released at the African Development Bank Group’s 51st Annual Meetings.

This approach is being promoted as part of the national sustainable development strategy, but also through the adoption of new legislation like the water law, the report noted, adding that Morocco, which will host COP22 in 2016, was the second African country to commit to reducing greenhouse gas emissions.

Morocco is posting more balanced macroeconomic results with a budget deficit of 4.3% of GDP in 2015 and a clear improvement in foreign exchange reserves to about seven months of imports at the end of the year, the source said, adding that the government is continuing its reforms and major investments (Nador West Med port, TGV high-speed train, Noor solar complex, Kenitra Atlantique port) to improve the business climate and attract foreign investors as drivers of innovation and value-added.

Territorial reform and successful regional and local elections held in 2015 bode well for the introduction of a new dynamic in governance and local development, allowing towns and cities to be developed in a more sustainable way, the report pointed out.

Morocco continued making significant efforts to balance its macroeconomic results in 2015. The budget deficit stood at 4.3% of gross domestic product (GDP), thanks in particular to the economy’s strong performance (growth of 4.5%) and a reduction in government subsidies, the report added.

Foreign exchange reserves increased to about seven months of imports at the end of 2015 due to a strong export sector and a reduction in imports following the drop in oil prices, the source added, noting that these results also reflect the country’s proactive policy of improving the business climate to help to transform its economic model.

On the one hand, major steps were taken in the legal and fiscal domains and in exchange regulations. On the other, major public investments are moving forward: the financing of the Nador West Med port has been completed, a call for tenders for the Kenitra Atlantique port was issued in January 2016, and work on the TGV high-speed rail line has continued.

These initiatives are bearing fruit, with the automobile sector becoming the country’s chief exporter in 2015, the report said, adding that these developments are occurring in parallel with a search for new partners, with Morocco continuing to position itself as a platform for access to African markets.

Nonetheless, efforts must be pursued to make growth less volatile through lower dependency on the low-intensity agricultural sector, the source said, adding that in 2016, low rainfall is expected to have a strong effect on this sector, with knock-on effects for GDP growth, projected at 1.8%.