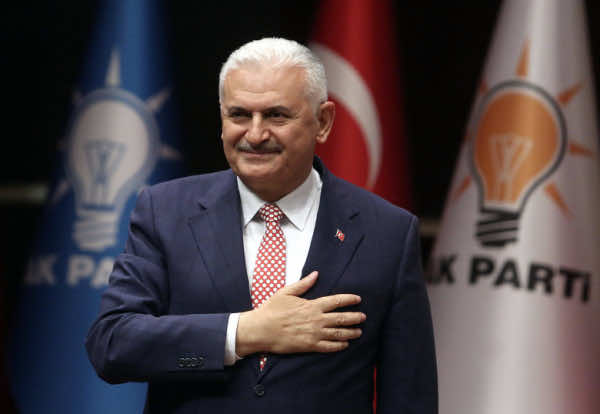 Binali Yildirim, 60, formerly minister of transport and communications, replaces Ahmet Davutoglu, who stepped down on Sunday amid a range of differences with the president.

“We will immediately start work to achieve a new constitution, including a presidential system,” Yildirim told lawmakers of his Justice and Development Party, or AKP, in his first speech after taking office.

“Our priority is to make the constitution in harmony with the de-facto situation regarding our president’s ties to the people,” Yildirim said.

They include Mevlut Cavusoglu, who remains foreign minister, and Mehmet Simsek, the deputy minister who heads economic affairs.

Yildirim has served as transport and communications minister since 2002 with a short interruption in 2015. The engineering-trained politician who is a founding member of the ruling party, has been credited for his role in developing major infrastructure projects that have helped buoy Turkey’s economy and boost the party’s popularity.