Rabat - At the end of his second mandate as the Secretary General of the United Nations, Mr. Ban Ki Moon has dramatically failed to live up to the expectations placed on him by the international community. 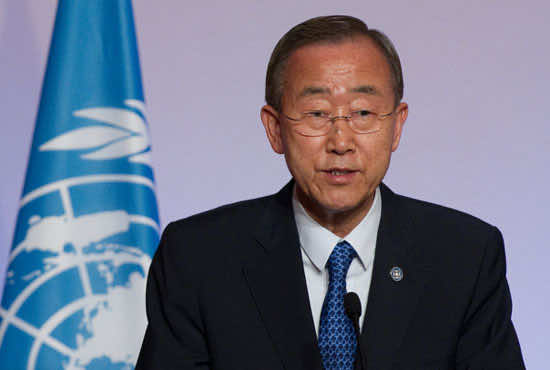 By
youssef El kaidi
-
Youssef El Kaidi is a PhD candidate at the University of Sidi Mohammed Ben Abdelah Fez.
May 24, 2016
Spread the love

Rabat – At the end of his second mandate as the Secretary General of the United Nations, Mr. Ban Ki Moon has dramatically failed to live up to the expectations placed on him by the international community.

He was described by The Economist as “the dullest- among the worst” in the history of the organization. Dag Hammarskjold of Sweden, who died in a plane crash in 1961 while in a peace mission to the Congo, was ranked as history’s best UN Secretary General, followed by Ghanaian Kofi Anan.

Lacking in stamina, eloquence, courage, spontaneity, and depth, Ban Ki Moon failed to establish peace in many troubled spots in the world. Apart from the climate change agreement signed in Paris in December, Ban Ki Moon’s success was patchy and insignificant, according to the same source.

After the experience of his two mandates, he can still make political blunders. “Even after nine years in the job he is apt to stumble, most recently by calling Morocco’s presence in Western Sahara ‘an occupation,’” says The Economist.

The statement caused an unprecedented crisis between Morocco and the United Nations Secretariat.

What seems to have kept Ban Ki Moon in office for two mandates is his docility and malleability, according to the same source.

“Overall Mr. Ban personifies the defect to which the UN is prone: plumping for the lowest common denominator. He got the job because none of the permanent members of the Security Council—America, Britain, China, France and Russia—found him too objectionable.”

Ban Ki Moon of South Korea came to office as the United Nations Secretary General on January 1, 2007. After the expiration of his first mandate on December 31, 2011, he was elected for a second mandate, which will end by the end of this year.