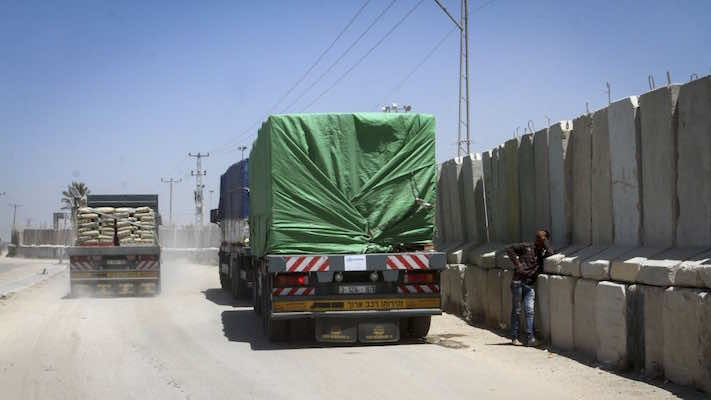 Rabat – The Israeli military authorities recently allowed building supplies to enter Gaza again, lifting a suspension that had blocked incoming supplies for work, for more than a month on thousands of houses that were destroyed in the 2014 summer war, according to the New York Times.

Israel suspended deliveries on April 4, after accusing an official in Gaza’s economic ministry, Emad al-Baz, of redirecting the supplies away from the work they were assigned for – rebuilding private citizens’ homes. Projects organized by the United Nations were not affected by the suspension.

Approximately 90 truckloads of cement were anticipated to cross into Gaza, on Monday, according to the office of the special coordinator for the peace process. That is about the average amount that entered Gaza daily before the suspension, according to figures provided by the office.

The suspension stopped 5,095 houses and apartments from being worked out, out of about 17,800 that were made unlivable during the war. The war killed more than 2,100 Palestinians and 70 Israelis.

A multitude of severely damaged houses in Palestine have become an urgent matter for Palestinians, as many of the poorest families live in trailers and shacks, as they wait for the reconstruction and rebuilding of the houses and apartments. Thousands of other Palestinians are also crowded in rental apartments.

“All sides need to ensure that cement is delivered according to agreed lists and is used solely for civilian purposes,” Nickolay Mladenov, the United Nations special coordinator for the Middle East peace process, said in a statement. “Individuals or groups seeking to benefit from the deviation of construction materials — for corruption or other reasons — selfishly compound the suffering of their own people and sow the seeds of future violence.”