Rabat - After German lawmakers voted in favor of a proposal that will send asylum seekers from Morocco, Tunisia, and Algeria back to their homes, activists started an online petition calling on German politicians to vote against the proposal in the Bundesrat, Germany’s upper house of parliament. 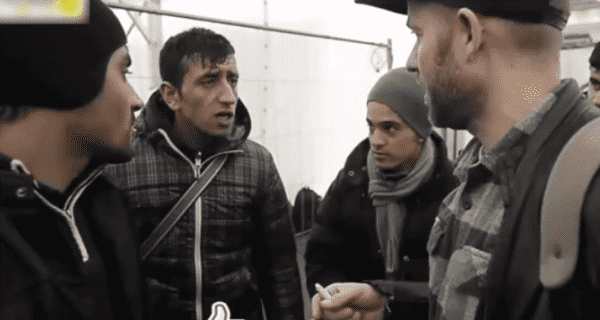 By
Larbi Arbaoui
-
Larbi is a freelance writer and assistant editor at Morocco World News.
May 26, 2016
Spread the love

Rabat – After German lawmakers voted in favor of a proposal that will send asylum seekers from Morocco, Tunisia, and Algeria back to their homes, activists started an online petition calling on German politicians to vote against the proposal in the Bundesrat, Germany’s upper house of parliament.

Launched on May 23, the petition is addressed to the state authorities of Germany, asking to stop the law from becoming official policy that will force many asylum seekers to go back to their homes.

The law, which must be approved by Germany’s upper house of parliament before it can be implemented, will allow German authorities to send asylum seekers from Morocco, Tunisia, and Algeria back to their homes of origin.

On May 13, about 422 German lawmakers in the lower house of parliament voted in favor of a law classifying the three North African countries as “safe countries of origin.”

However, the petition, which has garnered more than 31,990 signatories—with the aim to reach 35,000—claims that these countries “are anything but safe” for LGBT asylum seekers. It says that all three countries “have harsh anti-gay laws, exposing LGBT people to discrimination, persecution, and violence.”

The petition shared the story of Yasmine, an Algerian transgender “who spent ten long months in prison in Algeria… living in a cage, among terrorists and criminals” for being transgender.

Petition organizers said that “before becoming official policy, this decision needs to be voted on by Germany’s Federal Council—that’s where we come in. If thousands of us speak out, we can convince politicians on the fence to vote against the policy, and make sure people like Yasmine stay safe.”

The German draft law was strongly criticized by human rights associations and some political parties, including Germany’s Greens.

North African migrants have been a subject of concern in Germany, ever since members of a crowd of “mostly North African men” allegedly committed hundreds of sexual assaults and petty thefts against women during New Year’s celebrations in Cologne.