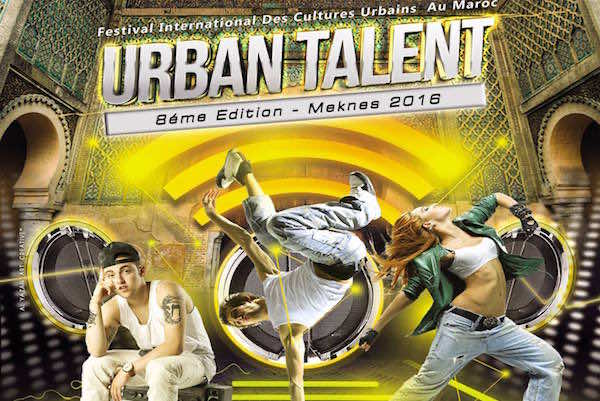 Meknes – The city of Meknes is to host the 8th edition of the National Festival of “Urban Talent” on Friday, May 27 in Lahdim Square.

The national festival of “Urban Talent” is an annual occasion in which a variety of talented people from different Moroccan cities meet, compete, and interact with each other in order to express their passion and love for the urban styles they represent. The festival takes place in an atmosphere of healthy competition, acceptance, and respect.

The festival was launched in 2008 by the NGO Maroc des Talents, in cooperation with BDG Music and Inter Pub. In its first edition, the event witnessed the participation of only a few local entrants from the city of Meknes. Nonetheless, beginning with the second edition, the event took a national dimension that will be manifested yet again this year through the participation of several partners and dozens of talents from various Moroccan cities.

In addition, the event will see the participation of many eminent artists,such as Soprime, Dr. Fayal, Lootfi, and One Name.

All the participants will compete to reach the finals of the various contests in the many urban styles represented. This includes rap music, slam music, beat making, beat boxing, hip hop, R&B music, and DJing.

The high-rated event is under the supervision of dozens of experts who will host and organize training courses in different urban styles. There will be also a “slam reunion” on Friday afternoon at HOWS American Educational Institute of Meknes, with the participation of young poets and promising slamers.

It is worth mentioning that this festival is considered as one of the first events in Morocco that was created with an aim to celebrate the urban styles that have been neglected for a very long time, especially those which were deemed as “nonsense,” “junk,” or even “rubbish” art, and especially that such styles were always stereotyped to be linked to gangsters and criminals.

In order to lift the fog of misconceptions, the aforementioned organization, Maroc des Talents did a great job in making the public opinion in Morocco recognizes the urban styles and then accepts them as one of the known music styles that exist all over the world. 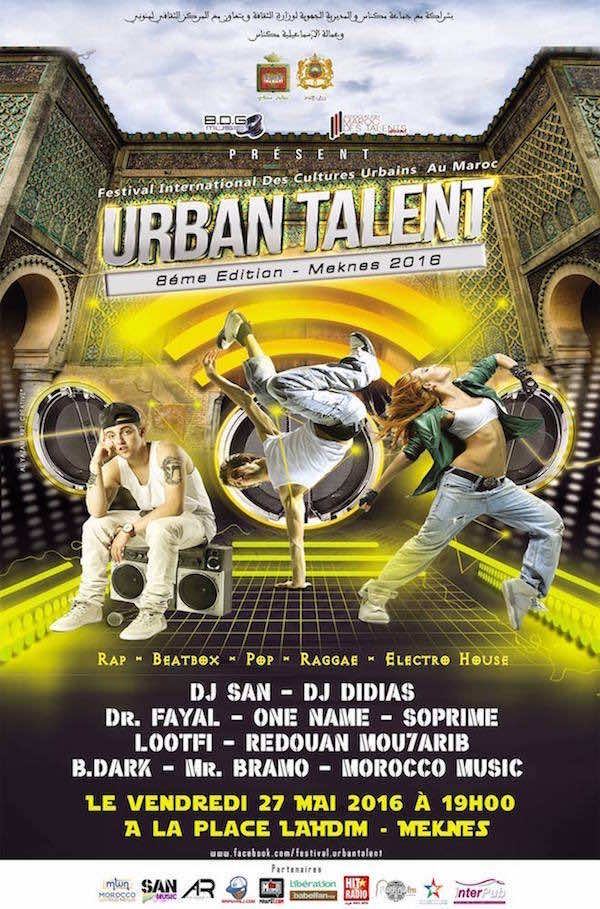