Rabat - Around 250 triathletes will take part in Rabat Triathlon, which will be held Saturday on the shores of Bouregreg, as part of the "Rabat capital of Arab youth" event, held under the high patronage of King Mohammed VI, organizers said on Thursday. 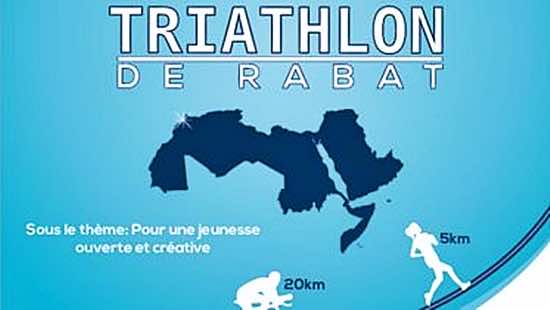 Rabat – Around 250 triathletes will take part in Rabat Triathlon, which will be held Saturday on the shores of Bouregreg, as part of the “Rabat capital of Arab youth” event, held under the high patronage of King Mohammed VI, organizers said on Thursday.

Organized by the Ministry of Youth and Sports, in partnership with the Moroccan Royal Federation of Sports for All, this sporting event will bring together young people from different Arab countries and all regions of Morocco, with the aim of promoting culture and the principles of the Olympic movement that advocates coexistence and peace among peoples, the organizers pointed out in a statement.

This sporting event is also intended to anchor cooperation and solidarity values and promote triathlon, which has recently become an Olympic sport, both nationally and in the Arab world, said the statement issued on the sidelines of a press conference held in Rabat in the presence of Minister of Youth and Sports, Lahcen Sekkouri, President of the Royal Moroccan Federation of Sports for All, Nezha Bidouane and President of the Arab Union and the African Union of Triathlon, Ahmad Nasser, as well as officials of the organizing committee and the Arab Union.