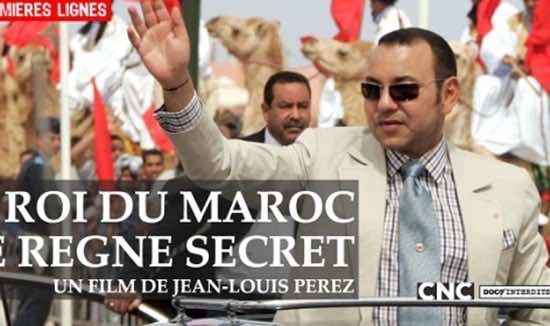 The documentary, which was aired on France 3 yesterday night, was produced by the French journalist Jean-Louis Perez. After the channel announced that the program would be shown, many social media users launched calls for Moroccans to show solidarity with King Mohammed VI.

The documentary focuses on the king’s reign, personal life and wealth. Many Moroccans consider the latter two violation of the king’s privacy.

Ahead of the film’s showing, many Moroccan Facebook users replaced their profile pictures with pictures of the king and posted and shared excerpts of the king’s speeches and news about his activities.

Immediately after the program was aired on French TV, many Moroccans flooded Facebook with comments condemning the documentary.

One commenter on social media denounced the program as part of the “systematic war against Morocco aimed basically at destabilizing the most stable country in the MENA region.”

Another wrote that French journalists have an “obsession with Morocco” as well as a tendency to perceive the country from their “egocentric perspective.”

Many comments argued that the program was an attempt to tarnish the reputation of the Moroccan monarch.

Others criticized the channel for airing video footage and pictures taken in Tunisia but presented as taking place in Morocco.

“No relevant analysis and no effort in the choice of casting (the Benchemsi-Moulay Hicham duo could have been selected even by my 13-year-old nephew) and above all, [the program made] accusations [and used] facts that have not been proven in court, not even in France,” Simo Berrada, a Moroccan journalist based in Rabat, wrote on his Facebook page.

“The cherry on top: [the program uses] pictures taken in Jordan (or Tunisia) giving the impression that it is Morocco,” Berrada wrote.