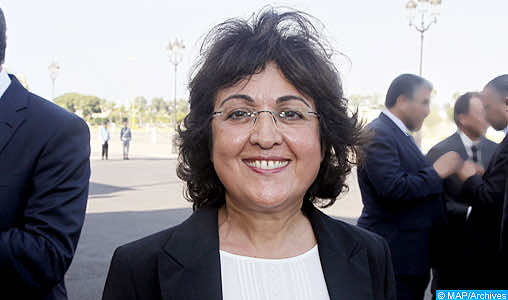 This came in a meeting, Friday in Marrakech, between Moroccan minister of handicrafts, social economy and solidarity, Fatima Marouan, and Bahraini minister of industry, trade and tourism Zayed bin Rashid Al Zayani.

Marouan told MAP that the meeting is meant to further strengthen the ties of friendship and cooperation between the two countries, particularly in the field of handicrafts, adding that the visit of the Bahraini official confirms the opening up of Morocco to Arab countries.

She also said that the meeting is part of the implementation of the Memorandum of Understanding signed between the two countries, in order to learn about Morocco’s experience in the craft industry sector and increase the level of partnership in accordance with both countries’ expectations.

For his part, Al Zayani praised the level of relationships between the two countries in several areas.

The Bahraini minister also expressed his country’s wish to emulate the Moroccan experience in the field of handicrafts, adding that the Moroccan handicraft products could conquer world markets.