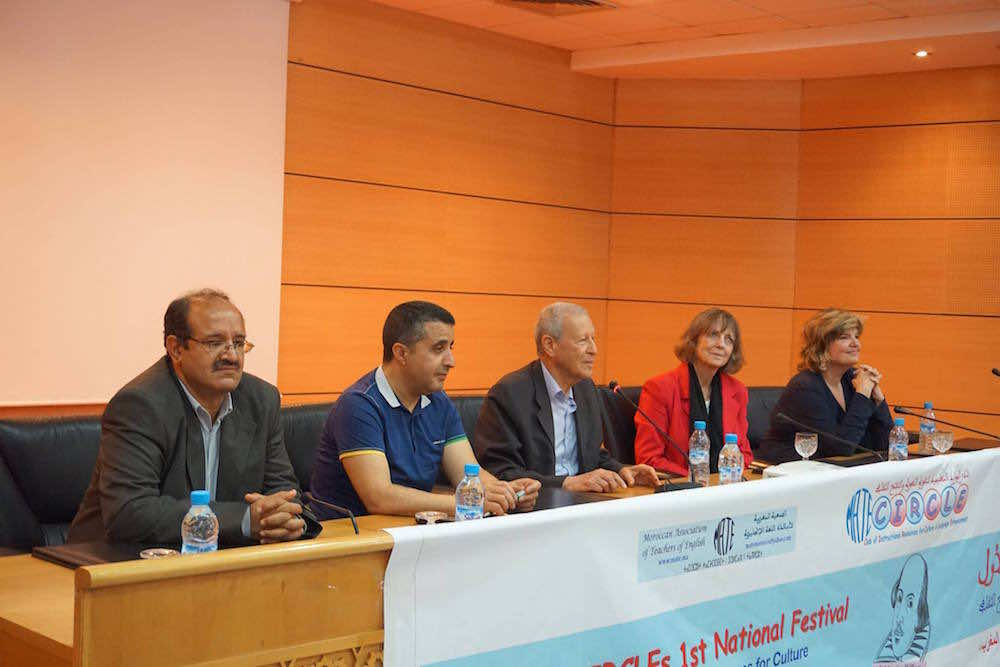 Rabat – The Moroccan Association of Teachers of English (MATE), in collaboration with the Ministry of National Education, the British Council, the Regional English Language Office (RELO), and Macmillan organized the First National Festival of MATE CIRCLEs (Clubs of Instructional Resources for Culture and Language Enhancement), from May 20 to 22, 2016.

The event took place at the National Center of Trainings and Meetings in Rabat under the theme “School-based & student-centered activities as vehicles of education reform.”

The Festival was also an opportunity to celebrate and commemorate the 400th anniversary of William Shakespeare’s genius and inspiration through poster sessions, galleries, plays, and the recitation of his sonnets.

In the opening ceremony of the festival, Mr. Mohamed Hassim, President of MATE and a member of the organizing committee, explained the general background of CIRCLE, stressing that it is a contribution to the educational reform. “We have to have a say in these moments and give our own vision. It’s not the business of the Ministry alone; …we have to offer certain strategy of the reform, but within the limits of our NGO facilities.”

As he further explains the rationale behind CIRCLE, Mr. Hassim said, “…most of the time the Ministry says we can do clubs in our schools, but there is no support, there is no training, there are no in action solutions and follow up. So, this is the power of MATE. We bring the project [CIRCLE] as well as the structure for follow up and visibility.” 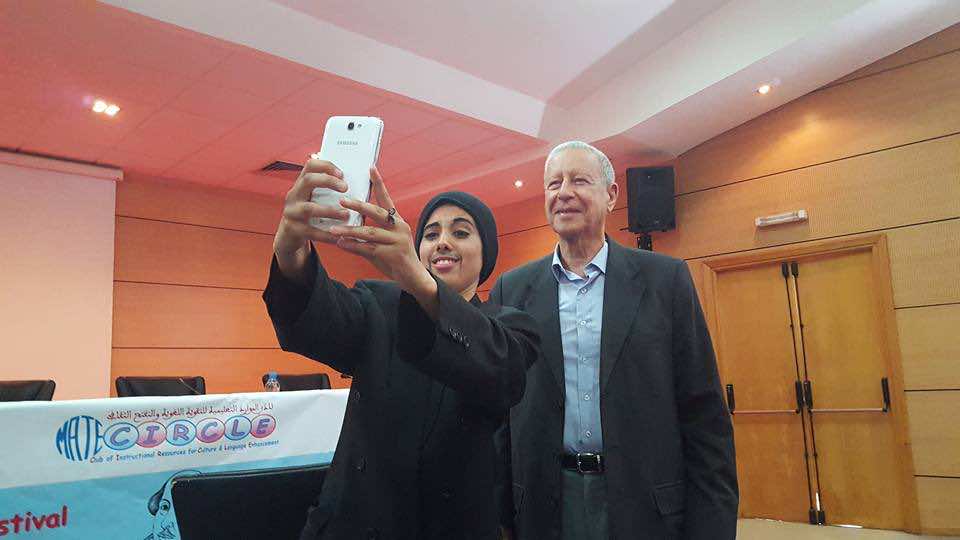 The closing ceremony witnessed the presence of Mr. Rachid Belmokhtar, the Minister of National Education and Vocational Training, alongside his advisor Meriem Dahbi, Rebecca Smoak from RELO (at the US embassy), and Kathryn Kelly, English Projects manager from the British Council.

In his address, Mr. Belmokhtar stressed the importance of the great efforts MATE makes to promote the status of English in Morocco, as well as its remarkable contribution in the educational reforms the Ministry is aspiring for.

Kathryn Kelly and Rebecca Smoak said they “were aback by the talents Moroccan schools harbor within.”

As a wrap up, prizes and certificates of recognition were distributed to the participants. 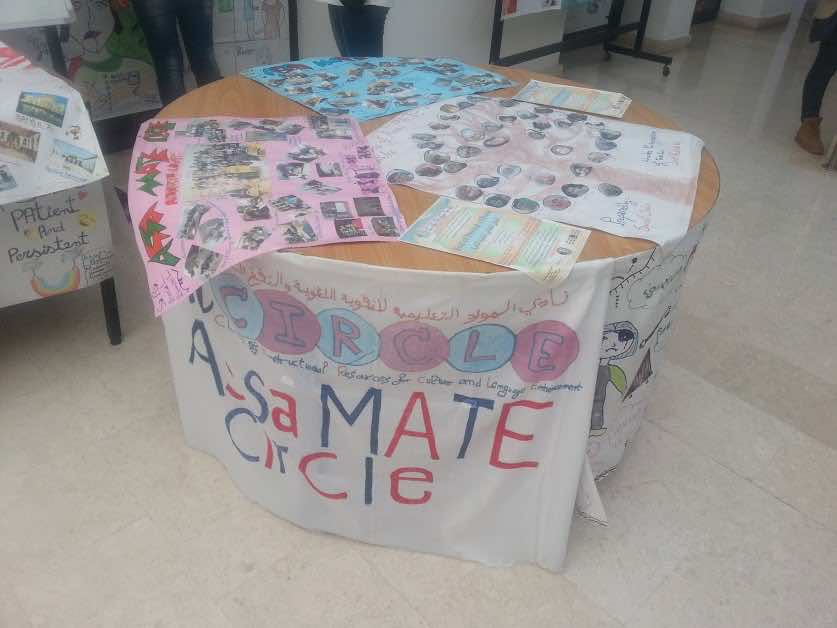 “MATE has been in the field for about 37 years now. Clubs of Instructional Resources for Culture and Language Enhancement (CIRCLEs) are the fruit of many years of expertise in various students’ based activities. They are special because they are planned in a way that integrates language learning and cultural enhancement, allowing learners to develop not only the four core language skills, but also 21st century skills, such as collaboration, critical thinking, and creativity. Above all, this project is a means to boost teachers’ professional development, as they experiment new pedagogical techniques and develop their leadership potential,” noted Mr. Tighoula Lahcen, a member of the national organizing committee of the festival.

When interviewed on his experience in MATE CIRCLEs, Imam Saktiwy, teacher from the Ibn El Khatib MATE CIRCLE, Casablanca, said, “In our MATE CIRCLE club, the students have the chance to use different skills and discuss a variety of topics. The club is also served as a good solution to involve shy and introvert students with their peers in different activities.

As for the festival, it really fostered a sense of citizenship and belonging among students. It was an occasion for them to reap what they have planted during this year in the club,” she added. 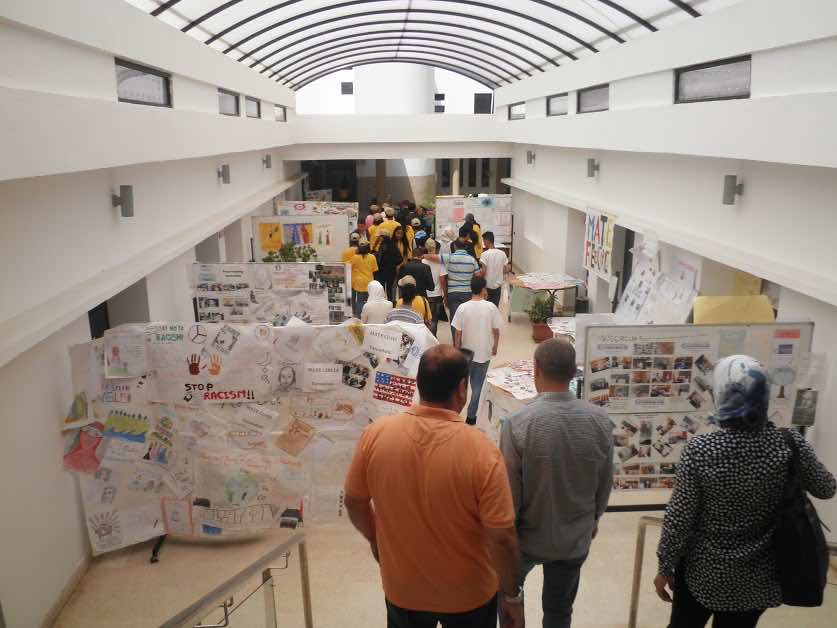 Aberazaq Layat, coordinator of Assa MATE CIRCLE, commented: “MATE CIRCLES 1st National Festival was a good opportunity for me as a teacher of English to witness my students communicate actively with native speakers of English. The event was also a number-one chance for my students to show to the other schools in Morocco everything they have been doing in their CIRCLE such as: plays, posters, brochures, and portfolio.”

Youssef El Kaissy, president of the Essmara MATE branch and coordinator of Essmara MATE CIRCLEs, said: “Joining MATE CIRCLEs project this year as a coordinator and attending its end of year festival is a remarkable point in my personal and professional life and of my students alike. It’s a promising project led by a community of highly experienced MATE professionals. Our students cultivated the fruits of all the year affirms, and the best is yet to come, inshallah.”

Commenting on the Festival, Mouhsine El Aalji, a student from the Tifarity MATE CIRCLE, Azilal, said, “Our club had the chance in this festival to present the activities we have worked on throughout this school year, such as magazine and the posters and decorations by which we celebrated Shakespeare’s anniversary. We also learedt how to express ourselves easily, trust our abilities and most importantly, learned to take up the challenge and do what we dream of.”

“Within this three-day event, I had an outstanding experience. Honestly speaking, I enjoyed my time here, practiced different activities, met new people and discovered many cultures around the nation,” said Chifae Toufik, a student from the same club.

According to the Festival booklet, “MATE has launched [this] very ambitious strategic project during the school year 2015-2016 under the name: ‘MATE CIRCLEs’; whose aim is to contribute to the current Moroccan education reform have proven to be a very practical and successful project based on the work done by the teachers and their students while adopting CIRCLEs framework in their schools and activities. Though we consider this year as piloting stage for the project, the work done has shown that it has already been a mature start.”