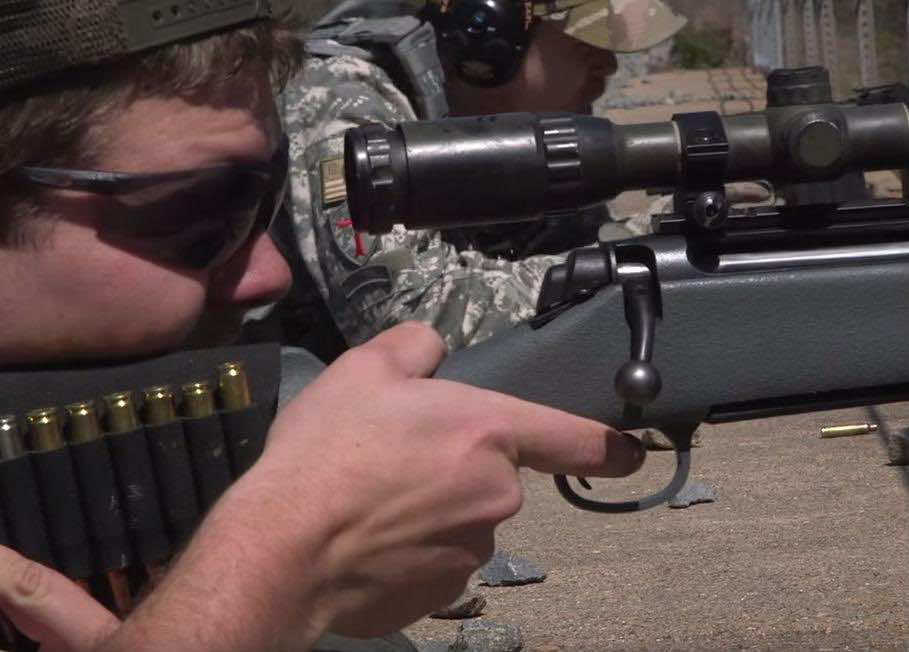 Rabat – A group of white male extremists in Texas, are training against a Muslim “uprising” by dipping bullets in pig’s blood and bacon grease targeting victims of the Islamic faith, according to RT.

An organization known as “Bureau of American Islamic Relations” (BAIR) said that using pig products on the bullets would ensure that the victims would “go straight to hell,” according to a video released by AJ+.

“A lot of us here are using either pig’s blood or bacon grease on our bullets, packing it in the middle so that when you shoot a Muslim, they go straight to hell,” said a man in the video, while another adds, “Don’t f*ck with white people.”

BAIR, based in Irving, TX, fears that Muslim refugees will take over the city, and has already staged armed protests against incoming Syrian refugees seeking asylum.

“2,174 Syrian refugees have been admitted to the US after a vigorous vetting process. ZERO have been arrested or removed on terrorism charges,” Jen Psaki, Director of Comunications at the White House in Washington, DC, tweeted.

BAIR has also staged armed protests outside of mosques in Texas against the “Islamization of America”.

Islamophobia has increased in the U.S., with a 2015 YouGov poll showing that 55 percent of Americans have an “unfavorable” opinion of Islam.

David Wright, spokesperson for the extremist group, said he was “going to start doing something about about Muslims now”.

“If you get to the point where there’s an Arab Spring, where there’s a lot of radical Muslims here and they all decide to hit the streets at one time… that’s going to be more of a battlefield type situation,” said Wright.

Recently, Beth Van Duyne, mayor of Irving, fuelled the tensions by persuading the city’s council to support a state bill with the purpose of blocking Muslim influence in US courts.

“The next step in jihad does not involve random, sporadic attacks,” he told the news outlet. “They started killing people. Do you really expect me to stand here and wait until we get to that point?”