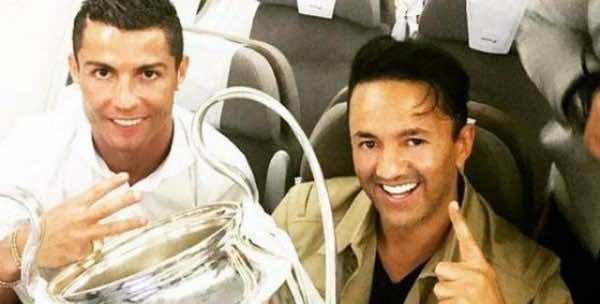 RedOne, who has produced songs for famous singers, such as Jennifer Lopez, Lady Gaga and Pitbull, was on the plane that took the Real Madrid team back to the Spanish capital.

In the photo, RedOne sits next Ronaldo, raising Real Madrid’s eleventh European trophy with him.

“Triumphant return to Madrid with my brother Ronaldo holding the trophy of champions. Dream time,” RedOne captioned the photo.

This is not the first time RedOne took the plane with Real Madrid players and celebrated a win with them. In 2014, the Moroccan star celebrated the Spanish team’s tenth Champions League title after they beat Atletico Madrid in the final in Lisbon.

Following this victory, the Tetouan native made a song for Real Madrid to celebrate their “décima” title. The song, “Hala Madrid y nada más” (Hala Madrid and Nothing More), featured all of Real Madrid’s players and was played during Real Madrid celebrations in Santiago Benrabeu stadium in Madrid.