Amsterdam - Former Dutch MP of Moroccan origin, Naima Azough, has recently been appointed as the new Special Rapporteur on radicalization and extremism in the Netherlands. 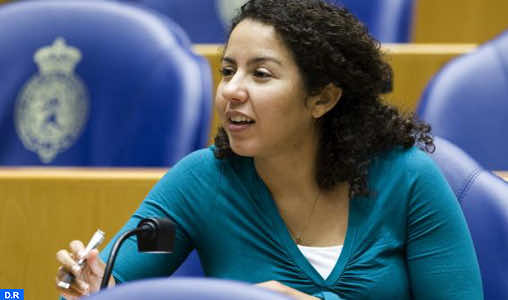 Amsterdam – Former Dutch MP of Moroccan origin, Naima Azough, has recently been appointed as the new Special Rapporteur on radicalization and extremism in the Netherlands.

Naima Azough will be asked to present by the end of the year a report on the strengths and shortcomings of the adopted approach to fight radicalization and extremism in the Netherlands, said Monday Dutch press agency (ANP).

Azough, a member of the Green Party (GroenLinks), was appointed to this position at the request of the minister of culture, education and science and of the Secretary of State for public health and sport.

Her main task will be to examine the approach taken by social workers, police, education professionals and families to counter youth isolation and radicalization.

Born in 1972 in Asdif in Morocco, Naima Azough was a member of the Dutch House of Representatives from 2002 to 2010. She studied English and German at the University of Antwerp (Belgium) before joining the University of Amsterdam to specialize in international relations.