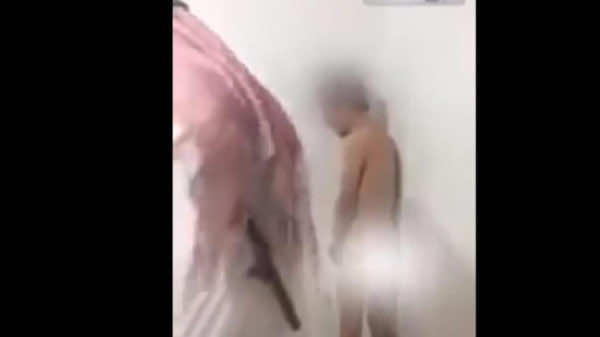 Rabat – Kuwaiti police said they have arrested a citizen who appeared in a viral video assaulting a naked Egyptian expat, according to Al Arabiya English.

An outrage on social media over footage posted recently of a man dressed in a traditional Gulf white thobe insulting and attacking a naked Egyptian man prompted Egypt’s Foreign Ministry to contact Kuwaiti authorities over the incident.

Ali Abdullah al-Shamry, 40, made a “detailed confession” to the crime, telling police he assaulted the Egyptian man, who worked for him, after a theft occurred at the mobile store that he owns.

Shamry reportedly stripped his employee of his clothing and then beat the Egyptian with his hands and a stick, and shouted verbal abuse during the beating.

The mobile shop owned by Shamry is said to be in the process of shutting down, according to Kuwaiti authorities.

Another Egyptian man was also arrested for filming and posting the video online.

An investigation into the case is in progress pending referral of the two suspects to public prosecution.