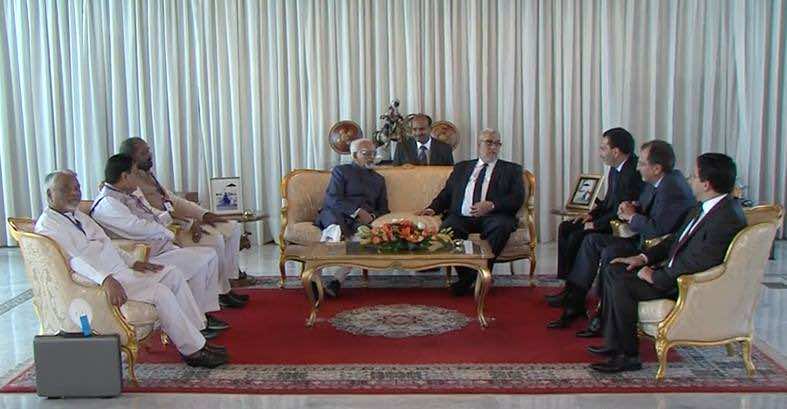 Upon his arrival at the Rabat-Salé airport, the Indian Vice President was welcomed by Head of Government Abdelilah Benkirane.

After having reviewed a detachment of the Guard of Honour who made the honors, the Indian official was greeted notably by Minister of Communication, Government Spokesman, Mustapha El Khalfi, Minister of Culture, Mohammed Amine Sbihi, and Minister delegate to the Minister of Foreign Affairs and Cooperation, Nasser Bourita.

The Indian Vice President, who led a large delegation of government officials and parliamentarians, is on an official visit to Morocco from May 30 through June 1st.