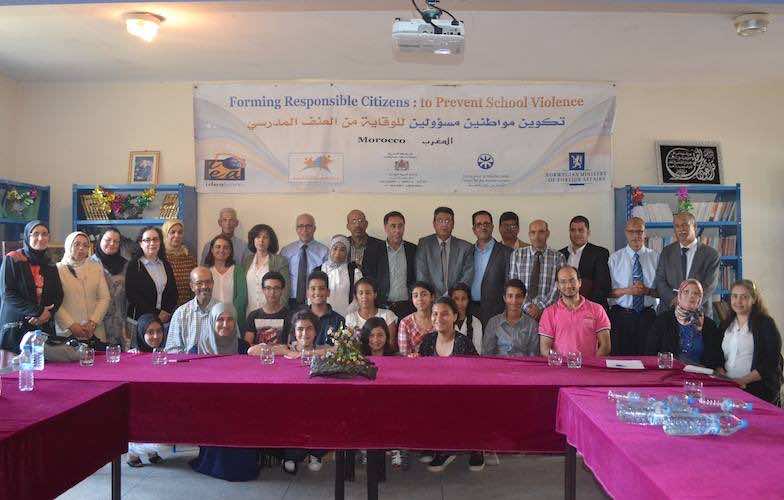 Rabat – Supported by the Union for the Mediterranean (UFM) and in partnership with Ideaborn, the Moroccan Center for Civic Education organized a press conference and a roundtable under the theme “The Role of Citizenship Education to Prevent School Violence Against Girls” on May 26-27, 2016.

The main objective of both events was to discuss with educators, civil society leaders, and mass media the best ways to integrate education to combat school violence against girls and promote equality.

The press conference featured the announcement of the creation of the Moroccan Observatory of Violence in Schools to be hosted by the Moroccan Center for Civic Education. The roundtable was organized in coordination with the Provincial Directorate of the Ministry of Education of Ain Sbaa Hay Mohammadi in Casablanca at the Ibn Rochd Middle School.

More than 40 teachers, supervisors, parents’ associations, school principals, NGOs and community leaders, and students participated in the event and were actively engaged in discussing the main causes of school violence and how to remedy them. 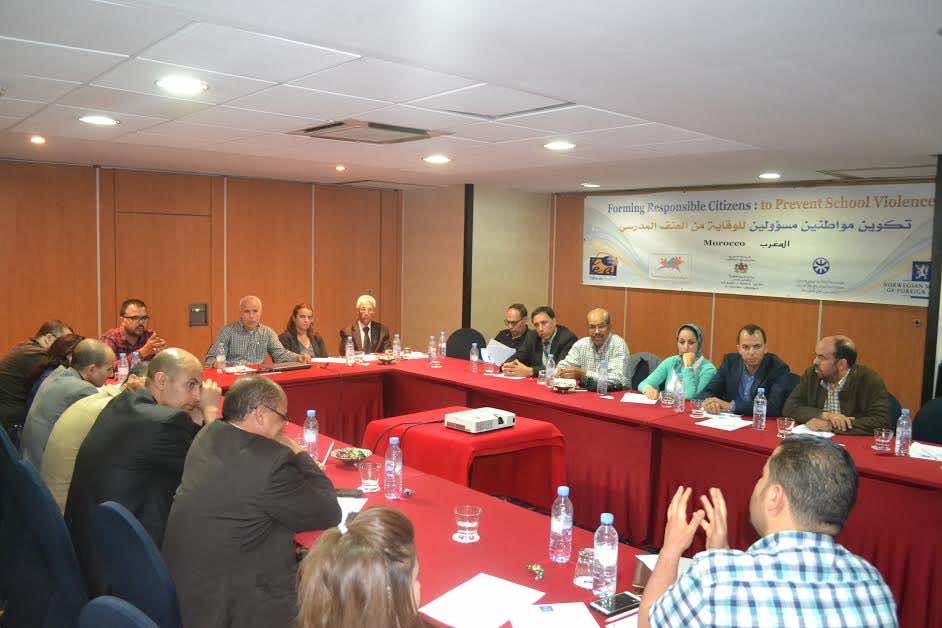 The roundtable featured a short research presentation on school violence in Moroccan middle schools conducted by Elarbi Imad, President of the Moroccan Center for Civic Education, who also gave an overview of the Forming Responsible Citizen Project that is promoted by the UFM, coordinated by Ideaborn and being implemented by the Moroccan Center for Civic Education in Morocco and the Social Development and Empowerment Center in Tunisia.

To establish schools as a key vehicle to spread good citizenship and gender equality values through the implementation of a more effective and up-to-date citizenship education curriculum;

To reduce, then prevent juvenile violence, especially against girls and women;

To encourage policy makers and legislators to invest more effort in gender equality and prevention of violence through the anchoring of sound values of equality in the Moroccan education system.