Rabat – Morocco and India created, here Tuesday, a Chamber of Commerce and Industry to promote exchanges and cooperation between the two countries. 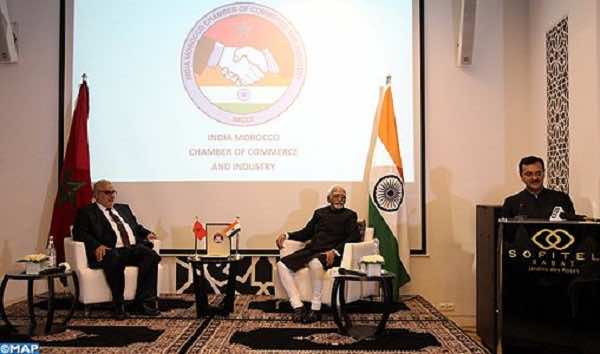 Rabat – Morocco and India created, here Tuesday, a Chamber of Commerce and Industry to promote exchanges and cooperation between the two countries.

The launching ceremony of the new Chamber was attended by Moroccan head of government, Abdelilah Benkirane and visiting Indian Vice President, Mohammed Hamid Ansari, as well as by several senior officials and public and private economic operators of both countries.

Speaking on this occasion, Benkirane said that the creation of the Chamber is an opportunity for the Indian and Moroccan investors to develop cooperation and trade between the two countries, noting that Morocco is committed to provide support and coordinate efforts to promote the bilateral relationships in the cultural, social and political fields.

On his part, Hamid Ansari said that this platform aims to develop bilateral relations and take advantage of the geostrategic location of the two countries to build a better future for Moroccan and Indian investors.

The Indian Vice President, who led a large delegation of government officials and the Indian Parliament, is on an official visit to Morocco from 30 May to 1 June.