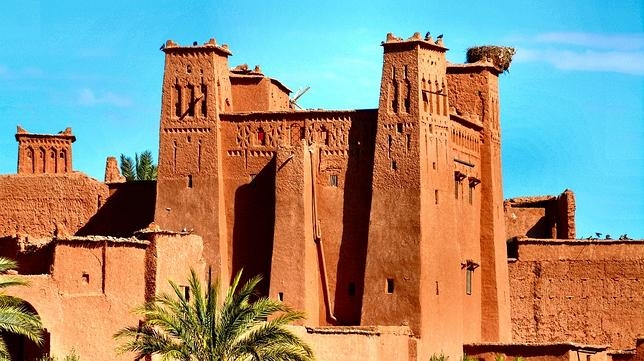 Rabat – Ouarzazate, also known as the ‘door to the desert’, is where Hollywood directors go for shooting a Biblical film, or a film set in a war zone, according to the Guardian.

Countless films were shot there, including Gladiator, Lawrence of Arabia, Black Hawk Down, and a part of Game of Thrones.

Although these Hollywood films seem to bring fame to Morocco, some Moroccans have grown tired of their country being used as Hollywood’s automatic stand-in for places as contrasting as Somalia, Afghanistan, Saudi Arabia, Egypt, Macedonia and Tibet. Moroccans say it is orientalist and perpetuates age-old western stereotypes about the “exotic east”.

While watching the 2014 movie American Sniper, Amal Idrissi, a Moroccan professor, was shocked to recognize Moroccan architecture in what was supposed to be Iraq.

“Our mosques and houses are very special; it’s not the Middle East,” she said. “I don’t think they [Hollywood filmmakers] know the difference; they don’t pay attention. It’s a huge detail – it’s not nothing. For me it’s like earth and sky. For them, it’s not important.”

Morocco is 3,000 miles from Iraq, but has beautiful landscapes, mountains and sea, far better security, the right kind of light for filming, and, particularly in Ourzazate, many experienced extras.

Most of these extras have cultivated professional beards, according to Karin Aitouna, the producer of Sans Bruit, a new documentary about Ourzazate’s extras. “When they know a Hollywood film is coming, they grow beards,” said Aitouna.

“It’s a very important criteria for the castings – for the historical films but also because they’ll play in terrorist films. They all have beards all the time, not because they want it but because they’re waiting for casting.”

Many extras think they know Hebrew, because in the Biblical films they are given a text and asked to mime speaking it in the background of a scene. “But it’s not real Hebrew they’re speaking, it’s fake Hebrew,” Aitouna said.

Malika, a 68-year-old woman, who has been in more than 200 films since the 1970s, can cry on demand, thus allowing her to earn up to €80 a day, double what an ordinary extra would make.

Other sought out actors are amputees, because of the many war films that have been shot in Ourzazate.

Idrissi said it was distressing to see her country portrayed often in a war zone, especially since few of the details are changed. For instance, extras are commonly wearing the distinctive Moroccan djellaba.

Othman Naciri, another Moroccan filmmaker, said in an interview with PRI that Hollywood directors did not know much about his country or compatriots, and chose to film in Morocco because it was cheap, safe, and had a lot of sand.

“The Moroccan people are cast as typical Arab profile: terrorist, bad guys, according to the American point of view,” Naciri said. “You know, we are not so far from the western point of view of the 1950s – with the good, the bad and the ugly.”

“It’s not the modern Morocco, it’s the idea they want to have,” she said. “It’s orientalism – the western way of seeing Morocco. They want to keep seeing Morocco as it was 60 years ago. But it’s still OK – why not? It’s like a studio. It’s not bad, we’re not offending our image. We know our country and we are very proud of the richness of the country and the landscape.”

Idrissi is proud as well, but thinks that portraying so many of the world’s wars in her country’s backyard is damaging to Moroccan dignity, and may even prevent tourists from visiting.

“It’s not good for Morocco. People will think it’s like Falluja here, and Falluja is not Morocco,” she said.