New York - American boxing legend Muhammad Ali died on Friday night in a hospital in Phoenix. He was 74. 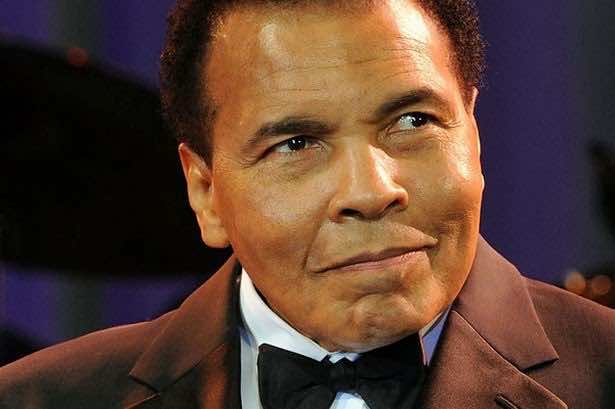 New York – American boxing legend Muhammad Ali died on Friday night in a hospital in Phoenix. He was 74.

Born as Cassius Marcellus Clay, Jr., Muhammad Ali was said to be in critical condition earlier on Friday. Doctors at Scottsdale, Arizona hospital told Ali’s family members that he was “near the end.”

The sad news was announced by Mimai Marlins senior director of communications Matt Roebuck, who told USA TODAY that his team learned of the American boxing legend’s death from one of his relatives shortly before the team’s game against the New York Mets ended.

“We wanted to honor (Ali’s) legacy and put a message on the scoreboard at the conclusion of the game, and we were unaware at the time that the announcement of (Ali’s) passing had not been made public,” Roebuck was quoted by USA TODAY Sports as saying. “I know that our team president is certain of his passing,” he added.

“We were informed by someone close to the family that he had passed away. We wanted to get a tribute out as soon as we possibly could,” Marlins President David Samson said according to the Miami Herald.

Marlins announce Muhammad Ali is dead. No media outlets reporting this. A closer look at image shown to fans: pic.twitter.com/XzwZtiudzD

The American legend, who was regarded as the most legendary heavyweight boxer of all-time, converted to Sunni Islam in the 1975.

Famous American actor Will Smith, once described Muhammad Ali as “one of the greatest heroes of our time.”

Heroes come in all shapes, sizes, color and religions. This man might be the most famous person in the world,” Smith said. “He’s one of the greatest heroes of our time – and he’s a Muslim,” he added.

Muhammad Ali visited Morocco in 1998 at the invitation of late King Hassan II. Ali’s visit coincided with the holy month of Ramadan. During the visit, the late Moroccan king decorated the boxing legend with the order of the Commander of the Arch, which is one of the most prestigious honors in Morocco.