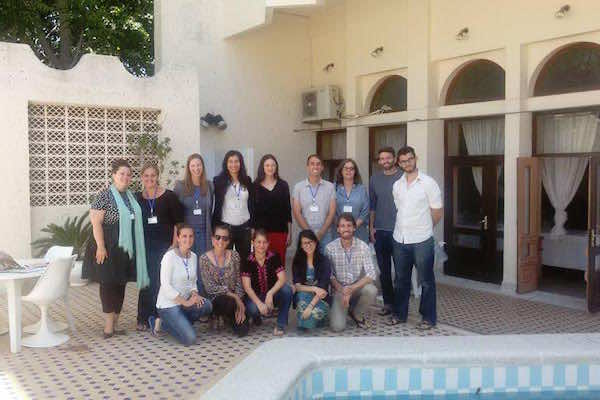 Sidi Slimane – Moroccan and American volunteer activists held the second Gender Advocate Training, sponsored by the U.S. Peace Corps on May 25-27, 2016, in Fez.

Approximately 15 Peace Corps volunteers participated along with their Moroccan counterparts, both men and women from all parts of Morocco. The event was a two-day workshop, and it addressed gender issues in Moroccan communities.

The activities were facilitated in English and translated into Moroccan Darija simultaneously. There were discussions of gender issues that face Morocco both at the national and community level.

The group also participated in activities that emphasized empathy and recognizing how differences in how gender influences perception.

Also, there were some activities on how to be an active and good listener. There was a presentation which explained the Moroccan Family Code (Mudawana) by professionals at Mobilizing for Rights Associates (MRA).

At the end of the event, each Moroccan and Peace Corps volunteer team gave a small talk about their planned projects for their communities that will promote gender advocacy.

Some proposed projects included creating a club for girls for activities on empowerment, health, and education; sports events that promote gender equality; and workshops on communication and healthy relationships between married or engaged couples.