Paris - Serbian Novak Djokovic made history, here on Sunday, by winning his first French Open title and his fourth consecutive major title, a first in men's tennis since 1969. 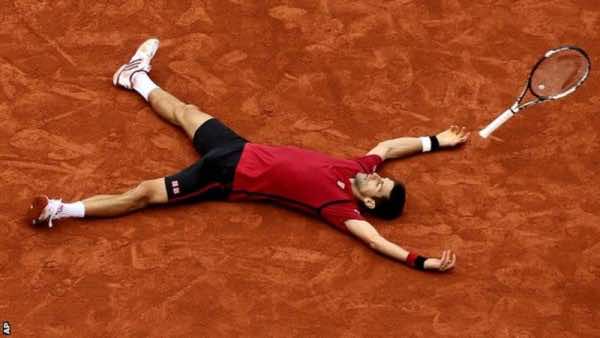 Paris – Serbian Novak Djokovic made history, here on Sunday, by winning his first French Open title and his fourth consecutive major title, a first in men’s tennis since 1969.

After several participations in Roland Garros and three losses in the final, Djokovic finally prevailed with a 3-6, 6-1, 6-2, 6-4 victory against British Andy Murray.

Thanks to this victory, Djokovic joined a closed club: He is the first man to hold all four major titles at the same time since Rod Laver, and only the third man in history to do it, along with Don Budge, who won six consecutive major titles from 1937 to 1938.