Taroudant - Chinese authorities imposed their customary ban on Muslim students, teachers, and civil servants in the northwestern province of Xinjiang from fasting during the holy month of Ramadan. 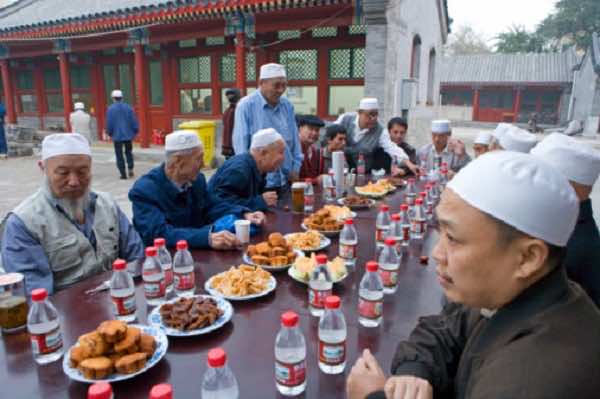 By
Larbi Arbaoui
-
Larbi is a freelance writer and assistant editor at Morocco World News.
Jun 7, 2016
Spread the love

Taroudant – Chinese authorities imposed their customary ban on Muslim students, teachers, and civil servants in the northwestern province of Xinjiang from fasting during the holy month of Ramadan.

According to The Independent, the government has ordered restaurants to keep normal hours in the northwest Xinjiang Uygur Autonomous Region, where Muslims form 58 per cent of the population.

A notice on a government website in the central Xinjiang city of Korla stated that “party members, cadres, civil servants, students and minors must not fast for Ramadan and must not take part in religious activities… During the Ramadan month, food and drink businesses must not close,” the notice added.

According to Xinhua news agency, the Xinjiang Uygur Autonomous Region is home to about 24,000 mosques, which serve more than 13 million Muslims in the region.

The Khallej Times notes that human rights groups blame tensions on religious and cultural restrictions imposed on Uighurs and other Muslim minorities in the vast area, which abuts Central Asia.

Dilxat Raxit of the World Uyghur Congress, a political group in exile, condemned the restrictions in an email Monday, saying that “China believes that the Islamic faith of Uighurs threatens the rule of the Beijing leadership”.

However, the Xinhua news agency reported that in the neighboring Gansu province, the Religious Affairs Bureau has guaranteed the freedom to fast; furthermore, the Gansu bureau sends officials to visit religious personnel and believers during Ramadan.