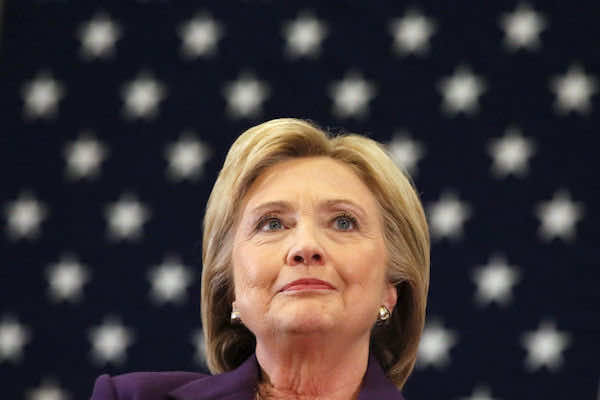 Rabat – On Monday night, an AP survey concluded that Hillary Clinton has reached the number of delegates necessary for the Democratic nomination for president.

In the American primary system, both the Republican and Democratic parties hold national conventions during the summer preceding the November presidential election to officially determine their party’s candidate. In the Democratic party, candidates compete for 4,184 pledged delegates in the state caucuses and primaries throughout the spring. These delegates are required to vote in accordance with the primary results from their region.

However, 712 delegates — commonly termed “superdelegates” — are unpledged. These delegates are not directly bound to a popular vote and may choose whom they wish to vote for during the summer convention. Although the delegates may publicly express their support for a candidate, they are able to switch their decision at any point before the official vote at the convention.

Before the primaries began, the Associated Press reported that 359 of surveyed superdelegates had already decided to vote for Clinton at the convention, while just 8 had decided to support her opponent Bernie Sanders. Over the course of the primary cycle, Clinton received support from over 200 additional delegates, while Sanders only gained 40 superdelegates for a total of 48. To lock in the nomination at the Democratic National Convention in Philadelphia this July, a candidate must win 2,383 total pledged or unpledged delegates.

Clinton won 1,812 pledged delegates in state primaries and caucuses over the past four months. On Monday, an AP survey found that 571 superdelegates had affirmed their support for Clinton, giving her the requisite total of 2,383.

On Tuesday, Clinton and Sanders will compete in six states for 809 of the remaining 851 pledged delegates. Despite the mathematical challenges facing Sanders as the final delegate counts come in, he holds that he is still a competitive candidate since the superdelegates supporting Clinton may decide to vote for him at the convention.

However, most analysts believe it is unlikely that vast majority of superdelegates would leave Clinton’s camp to support Sanders, even if he is successful in Tuesday’s primaries. Furthermore, even without the total number of superdelegates that have expressed their support for Clinton, she is expected to receive enough pledged delegates by tomorrow Tuesday evening to clinch the nomination.

Although the official nomination will not occur until the Democratic National Convention next month, many Democrats are beginning to rally around Clinton as she prepares to take on Donald Trump in the general election.