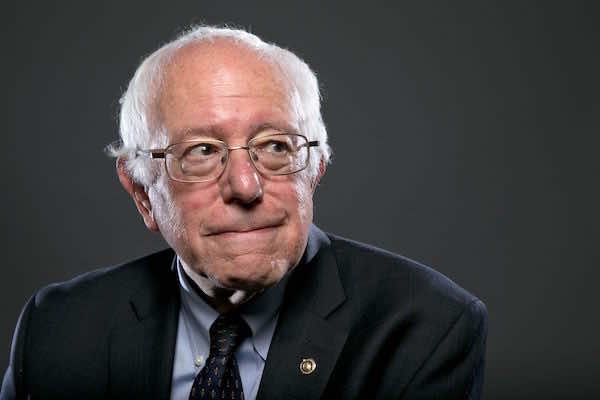 Rabat – Supporters of Bernie Sanders became enraged after learning that his hopes for winning the Democratic presidential nomination had been thrown out, after a bunch of superdelegates revealed their support for Hillary Clinton, according to The New York Times.

After months of going around the phrase, news organizations on Monday night finally began labeling Mrs. Clinton as “presumptive nominee.”

The Sanders campaign immediately blamed the media for rushing the process and undermining the will of the voters, who were set to vote in six states on Tuesday.

In a fundraising email, Sander’s campaign manager, Jeff Weaver, urged voters to defy the pundits and deliver a series of victories for the Vermont senator.

“We should let the voters decide who they want the Democratic nominee to be rather than having the media decide for them,” Mr. Weaver wrote, mentioned by The New York Times. “I am asking you to continue to stand with Bernie in pushing for the political revolution.”

On social media, supporters of Sanders lashed out at a system they believe is “rigged” against their candidate.

Messages poured through the message board on Reddit, labeled “Sanders for President,” an online discussion forum, with users promising to vote for Sanders regardless of what superdelegates said.

Some users said they’d vote for Donald Trump, the presumptive Republican nominee, and others suggested that Sanders join the Green Party, and continue running against Clinton.

But this momentum that favors Clinton may be too much. The term “presumptive nominee” has no formal definition in politics, but traditionally when used to describe a candidate, a bunch of endorsements follow that person to the nomination.

Once the Associated Press declared Clinton the presumptive Democratic nominee, the phrase became common across news outlets around the world.

“There’s a bandwagon effect,” Douglas G. Brinkley, a presidential historian and professor at Rice University, said according to the New York Times. “Everybody starts coalescing around that candidate,” he added.

The Associated Press said it uses the term “presumptive nominee”, when it becomes clear a candidate for president will be formally nominated at the party’s convention. Many other news outlets followed the A.P.’s lead once it was reported that Clinton reached the 2,383 delegates needed to clinch the nomination.

Sanders and his campaign were fearful that Clinton would be called the presumptive nominee while primary voting was still taking place, but both candidates could now be exposed to the A.P.’s early call, which could dampen turnout among voters who think the race is over.

Although media was quick to give the label to Clinton, the Democratic Party was not.

The Democratic National Committee has no official definition for the term “presumptive nominee.” Mark Paustenbach, a spokesman for the committee, would not say if or when the D.N.C. would begin using “presumptive” to describe Mrs. Clinton, according to The New York Times.

In the mean time, Sanders continues to make arguments for why superdelegates should leave his opponent and make him the nominee.