Rabat - From the comfort of our Bahrain sofas, we all watched in horror on our TVs 700 people dying in just three days. Seven hundred refugees, believed to be mostly unaccompanied adolescents, drowned in the cold water of the Mediterranean without ever having time to scream. 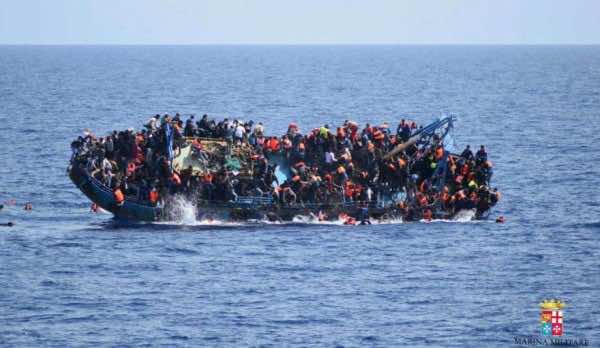 Rabat – From the comfort of our Bahrain sofas, we all watched in horror on our TVs 700 people dying in just three days. Seven hundred refugees, believed to be mostly unaccompanied adolescents, drowned in the cold water of the Mediterranean without ever having time to scream.

But since heart-breaking events like this have become so regular, this tragedy wasn’t enough to shake the world out of its stupor so that they could really see what was going on. Instead, most people chose to focus on news about the Cannes Film Festival, the latest album releases or celebrity divorces.

And when the story did manage to find a place in mainstream media, the news was once again received with a cold and calculated response by most of those who have the means to help. This happened despite the fact that something could have been done, and still can be, to end these tragedies. However, the frequency of these incidents and the incredibly high number of refugee casualties seem to have desensitised the world to such horrors.

This indifference and lack of empathy are certainly not normal. It is abhorrent, and it represents a truly shameful episode of our collective history. It seems that the world is losing touch with its humanity and reality, because it no longer comprehends these incidents as anything other than statistics or numbers. In truth, these are human beings, precious souls that deserve to live. Those 700 people who lost their lives in the Mediterranean might have been a beautiful baby, a precious daughter, or a smiling elder. They were definitely more important than celebrity news, fashion shows, politics or TV series. They were loved dearly; they were all valuable individual human beings. They all deserved respect, dignity and love just like those that chose to ignore their plight. Universal human rights should transcend religion, culture and ethnicity, but they didn’t. They stopped at Muslim borders.

It should also be noted that the persistent apathy seen in the Western world, a blatant aversion to refugees and mostly because they are Muslims, is playing a major part in growing anti-Western sentiment. In order to picture this better, put yourself in those people’s shoes.

Imagine that you have had to watch your relatives on TV drowning in high seas, because as they fled war, poverty or oppression, affluent Western countries didn’t want them. You would know that the world could have easily helped them, accommodated them, and protected them. You would realise that refugees were not welcome mostly because of their Muslim identity.

You wouldn’t be able to help but feel a surging resentment. And now, multiply this feeling by a million. This is what’s happening to those refugees’ families and friends who watched the Western world abandon their loved ones.

No one can deny the role this anger plays as terrorism becomes ever more intense. Even though there is absolutely nothing that can justify violence or terrorism, selfish and discriminatory behaviour towards members of a certain faith, to the extent they are abandoned to death, will inevitably generate hostility.

If we want any semblance of peace to come to our pain-afflicted world, this attitude has to change now.

This shameful apathy must come to an end. Our world has more than enough means to help these people, who need it desperately. People’s lives are more important than politics, national interests or money.

Let’s rise up to the task of being human beings and do every single thing we can to help the people that truly need it.