Rabat - Morocco strongly condemns the terrorist attack that targeted a police bus in Istanbul, Killing and wounding many innocent victims, and expressed its full solidarity with Turkey. 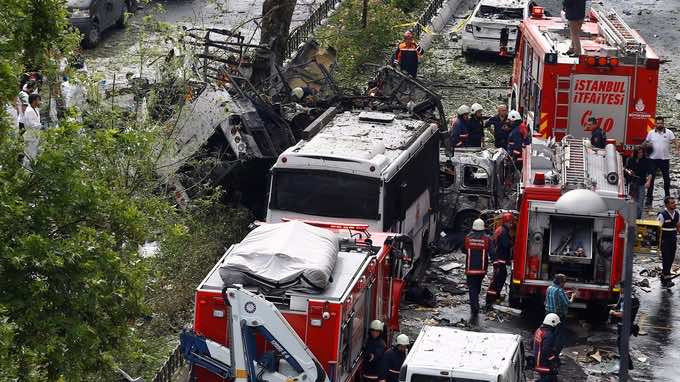 Rabat – Morocco strongly condemns the terrorist attack that targeted a police bus in Istanbul, Killing and wounding many innocent victims, and expressed its full solidarity with Turkey.

“The Kingdom of Morocco strongly denounces and condemns the terrorist attack perpetrated on Tuesday against a police bus downtown Istanbul, Killing and wounding many innocent victims,” said on Wednesday the ministry of foreign affairs in a statement.

Morocco extends its heartfelt condolences to the victims’ families and relatives and wishes swift recovery to the injured.

The Kingdom also voices its full solidarity with Turkey over this despicable criminal act which runs counter universal human values and the principles of heavenly religions, said the statement.

Based on its unwavering stance over terrorism and extremism, Morocco underlines the need to coordinate efforts internationally and regionally to face the threat of extremist groups seeking to sow discord, chaos and violence across the the world.