Rabat – Ramadan, the ninth month of the Islamic lunar calendar, is a holy month defined by fasting and abstaining from most worldly pleasures.

Muslims who observe the fast year after year start to develop certain habits and rituals that they associate with Ramadan, as this month brings about drastic lifestyle changes.

In Morocco, there are many aspects of life that only exist during Ramadan. These habits and rituals may vary from  city to city, family to family, and individual to individual, but they occur in a general manner and are recur every year. There are certain elements that are essential to Ramadan, and without which Ramadan would feel incomplete.

The key elements of the ftour table are undoubtedly harira and chebbakiya. These two foods are essential aspects of Ramadan in Morocco, and ftour is incomplete without. Their popularity soars during Ramadan, as they are almost never consumed outside of the holy month. 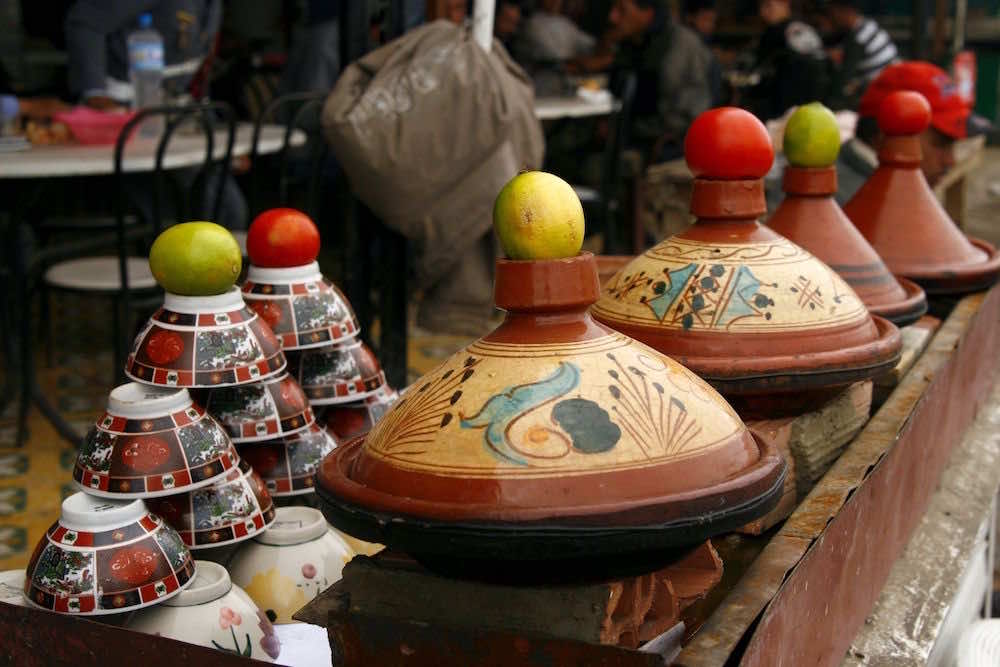 As a way of distracting ourselves from the hunger and the thirst that we experience while fasting, many people use their cravings as inspiration for what we will eat for ftour. Nothing is too farfetched when it comes to the food we plan on eating after breaking the fast. Stumbling upon enticing food advertisements and pictures while innocently browsing online also contributes to our cravings.

The majority of Moroccans break their fast while watching television. Because this has become a sort of ritual, television channels have jumped on the opportunity of increased viewer rates. This has resulted in numerous iconic Ramadan shows, such as Lalla Fatima and l’Couple, whose actors have soared into superstardom in Morocco.

4.    Empty streets during the ftour

Casablanca has a population of 3.36 million people. During the ftour, however, all 3.36 million are inside. This phenomenon obviously occurs all over Morocco, as the streets become deserted about five minutes before the breaking of the fast. Silence overcomes most homes as people dive into the food in front of them, and the clatter of plates and utensils becomes the dominant sound.

After many hours of not eating and not drinking, a feat that seems impossible is to not overeat.  Overeating is looked down upon, since the purpose of Ramadan is not to starve oneself during the day and to eat until we can no longer breathe at night, but rather to purify and discipline oneself. However, most Moroccans fall into the overeating trap. This is mostly because our cravings during the day lead to a ftour table overflowing with food, and our initial hunger drives us to eat until we are more than completely satiated.

Prayer is one of the five pillars of Islam; however Tarawih prayers are non-compulsory prayers to be undertaken during Ramadan nights. Even if they are non-compulsory, they are strongly recommended. Ramadan would not be complete without crowds of men in traditional white praying clothing walking to the overflowing mosques with their prayer mats on their shoulders. Because the ftour occurs in the evening, and during summer months at night, during Ramadan most people live by night. After the hour when most are breaking their fast and the streets are deserted, the streets come alive and where every café available is filled to capacity. Sleep is also disturbed as most stay up late for souhour, while others wake up to do so.

The physical testimony of fasting is undoubtedly halitosis, or bad breath. Despite being usually perceived as a bad thing, halitosis during Ramadan is proof that we are fasting. According to Tajuddin B. Shu’aib, author of Essentials of Ramadan: the Fasting Month, the coating on the tongue occurs when “after desiring food, the body begins to digest such waste material and deposits of fat as are available to it. This coating on the tongue is an outward proof that inner elimination is in progress”. This has become the form of validation amongst peers as to whether or not we are fasting.

The holy month of Ramadan is characterized by increased generosity in attempts to better ourselves. Most show this generosity by engaging in volunteering acts. Most associations see a spike in interest and commitment during Ramadan, compared to other months. The weekly news site Telquel.ma generated a list of associations active during Ramadan who are encouraging everybody to participate, including:

–    Ladies Circle de Casablanca 7, which aims to treat the less fortunate “like guests” by offering and serving them the ftour meal.

–    Sourire du Cœur, who aims to serve sixty ftours every night to not only the less fortunate, but also people who are isolated or who feel lonely in the Oulfa neighborhood.