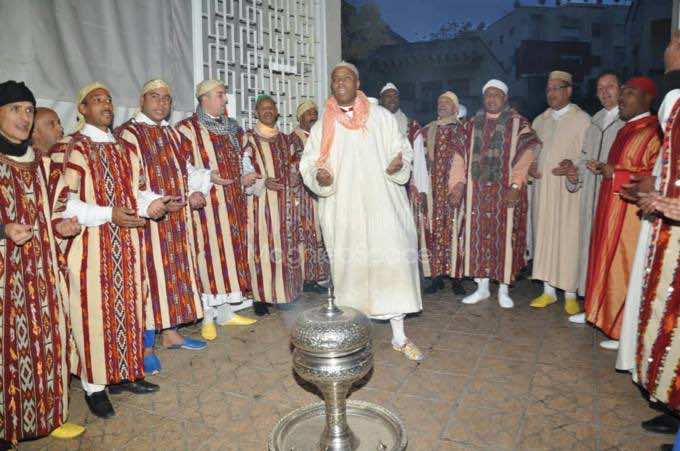 Rabat – In Morocco as in other Arab countries, Islamism has taken root in the poverty-stricken areas, in the outskirts of major industrial cities: the belts of poverty.

In 2003, Casablanca experienced terrorist attacks in a popular tourist restaurant and internet café. Suicide bombers, coming from the shanty town of Sidi Moumen, aimed the first attack directly towards discouraging Western influence by getting rid of some of its perpetrators – Western tourists travelling in Morocco. The second attack, in an internet café, perhaps more indirectly, discouraged Western influence. Because the attack was carried out in a cyber commodity, this could perhaps be seen as a statement against outside influences that can permeate this North African society by way of the internet.

However, Islamism is seen as a threat to the government of Morocco both because it invokes violence and destruction and challenges the governmental regime in place. In Morocco, specifically, the idea of Islamism is a challenge to the Moroccan king because it doubts his legitimacy as amir al-mu’minin, the “Commander of the Faithful”, or head of religion. The very idea that the marriage between Moroccan politics and Moroccan Islam is insufficient or ill-functioning is both one of the major claims of Islamists and among the most threatening challenges that the Moroccan state has experienced. The Islamist opposition to the Moroccan government inadvertently crosses two red lines, challenging both the king’s legitimacy in matters of the state, and the current presence of Islam in politics as incorrect and insufficient.

Mohamed Daadaoui, an Associate Professor of Political Science at Oklahoma City University in the US, argues, in this regard, that:

“Beginning in the 1970s, however, a conflict emerged between the state and a resurgent political Islam that posed a new kind of challenge to the monarchy and its religious authority. The conflict centered on control of the religious and symbolic public space and on the regime’s authoritarian control over state institutions. After the 2003 terrorist attacks in Casablanca, the state cracked down on Salafi Islamists. The state also used its exclusive control of traditional media outlets to reinvigorate the national significance of Sufi mystical Islam and, in effect, to reclaim and secure the spiritual identity of the country. Sufi Islam is at the core of the state’s religious narrative and has been instrumental in maintaining the regime’s monopoly over national religious identity. Today, the contours of this public space continue to be challenged and redefined, with little to no instances of radical violent Islamism.”

As much as Islamism is concerned with permeating all external areas of life, Sufism is focused on the internal workings of each individual. The religion stresses personal enlightenment by encouraging all people to look into themselves in order to find Allah. Sufis are focused on their search for a way inside themselves that will lead them to God, and believe that the path to Him can be found through meditation and purification. Because Sufism is so internally focused, Sufis are seen as inherently apolitical and uninvolved in political affairs. Sufism encourages believers to disengage from the material world, which includes politics and government, in order to better align oneself with the spiritual world and learn the truth, God. Sufism teaches that the material world is all illusion, and because of its illusive nature, it is better to free oneself from the bounds of material life and search for reality and understanding in the Divine.

On this particular aspect of Sufism, Hassan Al-Ashraf wrote in Al Arabiya News, that:

“By virtue of its focus on religious practices, Sufism, a type of Islamic, mysticism, is a trend that does not aim at intervening in politics or public affairs unlike other emerging Islamic parties in Morocco. Absence of political ambition among Sufi groups has made them the Moroccan government’s way of choice to fight extremism.”

Al-Ashraf goes on to say that government official support to Sufism is shown through generous financial assistance:

Financial support is among the government’s strategies to encourage the spread of Sufism in Morocco. This is basically done through issuing royal donations in the name of King Mohamed VI to “zawyas,” shrines in which Sufis perform their rituals.

In addition to promotion in the official media:

“Promotion of Sufism in the media is another of the government’s ways to boost the trend. TV shows are dedicated to broadcasting Sufi “dhikr,” Arabic for “remembrance,” in which Sufis engage in devotional dancing, recitation, and meditation ceremonies for the purpose of remembering the blessing of God.”

Maraboutism, a Moroccan reflection of Sufism

Religion has always been important in the lives of Moroccans throughout history, but it was always moderate and respectful. Jews have lived and thrived in Morocco for 2000 years, thanks to this moderation. When the Sephardic Jews were kicked out of Spain after the Reconquista in 1492, Morocco was one of the few countries that opened its door generously for them, and since they dominated the Moroccan economy to the extent that they became the Sultan’s businessmen: tujjar as-sultan. The Jews also dominated, since then, Moroccan diplomacy and international trade.

Jonathan Katz, after visiting Morocco and meeting with Moroccans of different creeds and cultures had this to say about Moroccan diversity and Sufi tolerance:

“So, from Morocco, what I would like to say is this: Tolerance is not the province of Western white people alone. I saw a greater acknowledgment for the intersection of different identities — Moroccan and Jewish, Berber and Muslim, Arab and francophone — than I have ever seen in much of the West.”

Moroccan Islam, though this term is rejected flatly by Islamists, who believe there is only one Islam with no local colorations, is a mixture of Sufism and Maraboutism. The Sufis came from the east around the 15th century and spread around the country, preaching a moderate Islam to uneducated farmers. On their death they were elevated to the rank of religious saints: Marabout, and rural people built shrines on their tombs and gave them baraka “divine grace” attributes that allow healing powers. So, there are hundreds of saints around Morocco with different healing powers and whose baraka is celebrated every year at the end of the agricultural cycle (a pagan concept) by a moussem “festival,” organized by the entire tribe for days, reminiscent of ancient pagan rites.

Since the advent of the Arab Spring in 2011, the establishment, which had always favored Sufi Islam, has further increased its support to religious lodges, such as the powerful and popular Boutchichiya lodge based in Madagh, near Berkane, in eastern Morocco, which boasts a membership of two million people in Morocco and worldwide made of civil servants, intellectuals and government officials. In Morocco, there are dozens of other Sufi religious lodges and orders that owe allegiance to the monarchy and give it its religious legitimacy and political strength.

For Clifford Geertz, the renowned American anthropologist of Islam, Sufism and Maraboutism are well-rooted within Moroccan society and psyche:

“Islam in Barbary was – and to a fair extent still is – basically the Islam of saint worship and moral severity, magical power and aggressive piety, and this was for all practical purposes as true in the alleys of Fez and Marrakech as in the expanses of the Atlas or the Sahara.”

Realizing, also, that the fragmentation of the religious representation will make the imarat al-mu’minin (Commandership of the Faithful) stronger and more legitimate, the King has allowed recently the presence of Moroccan Shiites in the north of Morocco, under strict conditions of allegiance to the monarchy.

Is Sufism definitely the antidote to Islamism?

Morocco has gone through the Arab uprisings and the ensuing Islamist power takeover unscathed, thanks to the predominance of Sufi Islam in the majority of the Moroccan territory, which is almost as old as the monarchy itself. Moroccan Sufism, represented by omnipresent Maraboutism is tolerant, open and accepting of the other in his “otherness,” has earned the country much respect worldwide.

Today, many countries are approaching Morocco to benefit from its religious experience, especially in the field of Imam training and as such dozens of foreign students are been registered in the “Imam Academy” of Rabat. Thus, Moroccan Islam couched in Sufism has proved to be a successful antidote against religious extremism, in all its forms, and proof of that is that the “Moroccan exception” is a tangible reality in the Muslim world.