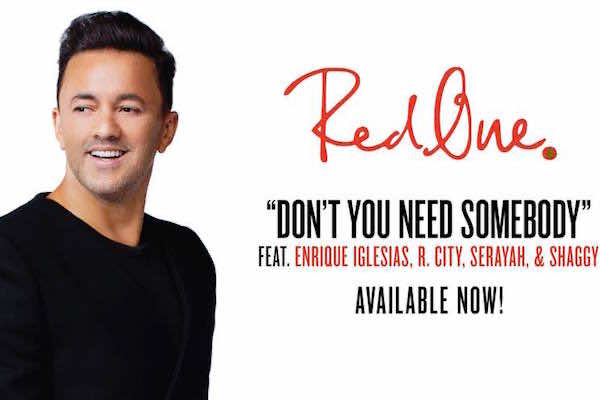 On May 20, RedOne published two consecutive videos on his Youtube Channel. The first was his single “Don’t You Need Somebody,” and the second was a short clip of the single’s music video with International football star Cristiano Ronaldo.

Before the official music video went public, RedOne revealed in an interview with Al Arabiya that “Don’t You Need Somebody” featured his friends Enrique Iglesias, Shaggy and “Locked Away” singers R-City and Serayah.

The official music video introduces an array of stars.

“I had a few number ones in the world and now I feel it’s the right time for me to do this. All these relationships and friends that I’ve made history with have been encouraging me to do this,” RedOne told Al Arabiya.

RedOne turned to the next-generation music masters, Boston’s Josh Bernstein and the Netherlands’ Rannix, for a re-work fit for this summer’s EDM (electronic dance music) crowds.

This summer RedOne’s fans will be introduced to world star DJs, such as Afro Jack, Ishi, and Josh Berntsein.

This summer, there will be “some amazing remixes, including, Afro Jack, Ishi, the young talent josh Berntsein and others,” RedOne told Morocco World News.

“[This remix] is sickkkkk and genius! You can tell when someone really young is going to be doing big things in the industry. Josh Bernstein is one of those rare people who you just know is going to be a force,” said RedOne, according to News On 6.

Praise like that holds immense weight when spoken by RedOne, one of the music industry’s reigning kings.

The Moroccan-Swedish record producer, singer-songwriter, and record executive was particularly excited about the release of his brand new summer hit, and remains motivated about the new artists for whom he will be producing in the near future.