Rabat - On the first day of Ramadan, two men violently attacked a young Muslim woman working in a bar in Nice, France because she was serving alcohol. 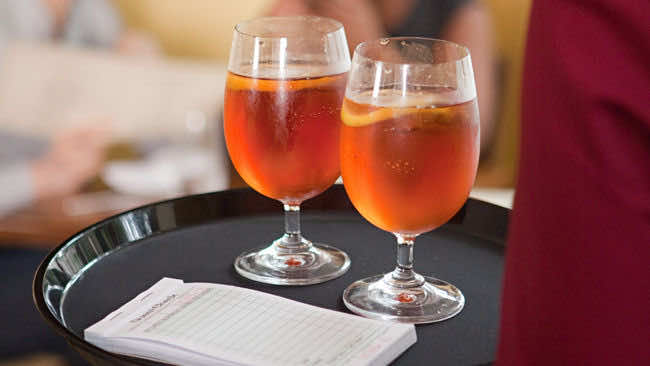 Rabat – On the first day of Ramadan, two men violently attacked a young Muslim woman working in a bar in Nice, France because she was serving alcohol.

The young waitress filed claims against the two individuals who attacked her on Monday, June 6.

“I was all alone in the bar when two passersby barged in,” the waitress told the Nouvel Obs newspaper.

“They pointed their fingers at the bottles of alcohol that they saw behind the counter, then one of them said to me in Arabic ‘You should be ashamed to be serving beer during Ramadan.’”

She said that one of the men added, “If I was God, I would have you hanged.”

The waitress, who is of Tunisian origin and fasts during the month of Ramadan, said she felt humiliated and belittled following the attack.

“Serving alcohol doesn’t mean I’m not following my duties,” she said. “I’m doing it because I am a barmaid. In Tunisia, I do the same job and I never had the same problem. I can’t believe that in France, the country of liberty, I could be attacked like this.”

After the men insulted her, they both left the establishment, but one of them soon came back and struck the victim in the face. She has bruises near her brow bone from the attack.

This was not the perpetrators’ first encounter with the bar. Three days prior to this incident, the same individuals threatened the owner of the bar for selling alcohol during Ramadan.

“This attack should be placed in a national context that has seen a constant rise in religious fundamentalism and ghettoized communities,” Eric Ciotti, the representative for Les Républicains, said.

Another response to the incident came from Philippe Vardon, regional advisor to the National Front, who said, ““This situation comes from the weakness of our political leaders.” He accused Chrisitan Estrosi, mayor of Nice, of becoming “entangled in unacceptable and dangerous compromises.”