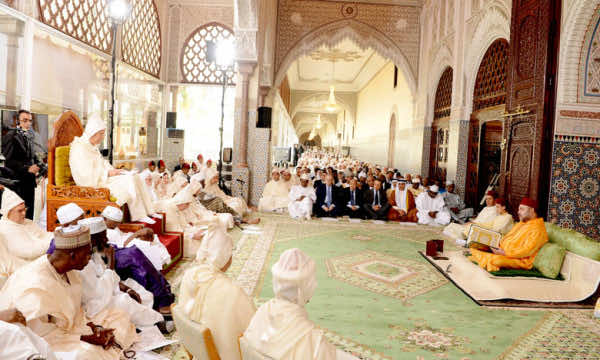 Toufiq said that King Mohammed VI’s constant concern for women by granting them full rights and entrusting them with the mission of supervising the believers is a clear illustration of this spirituality.

Speaking about the status of women in Islam, the lecturer said that God’s message is aimed at both men and women, as evidenced by the verse, the subject of this lecture.

The verse, he said, is an evidence of equality established by Islam between men and women in the spirituality and in rewards given by God to this spirituality, emphasizing that any attack on this equality is the result of poor assimilation or misinterpretation of religious teachings.