Rabat - Michelle Obama has reportedly decided to vacation in Marrakech this month with her two daughters. 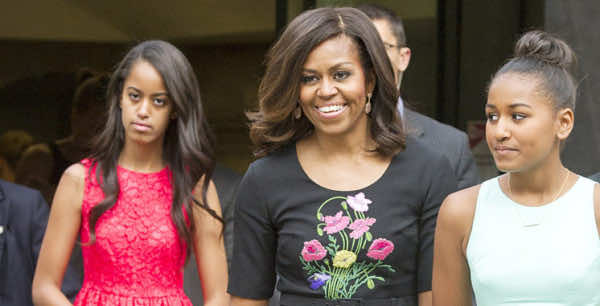 Rabat – Michelle Obama has reportedly decided to vacation in Marrakech this month with her two daughters.

According to Le360, the three will stay in the city and tour surrounding countryside. Their trip will commence at the end of June, and will be accompanied by the usual retinue of Secret Service and other security agents.

If confirmed, this trip would mark the first visit to Morocco by a member of the Obama family. This visit is not a political occasion and will not include any diplomatic exchange. However, given that this is the family of the President of the United States, the trip may carry some political connotations.

This trip implies that Morocco is a relatively safe country. While extremist groups have risen across the Arab world and incited violence from terrorist attacks to conventional military invasions, Morocco has been sheltered from these destabilizing forces.

A capable counter-terrorism network and a historically tolerant population make this nation a difficult target terrorists. The First Family’s visit implies that they trust Morocco’s security apparatus to create a safe environment for their vacation.

The First Lady’s celebrity makes her travels noteworthy to the American people. Her visit to Morocco could help draw attention to the country in the context of vacation. This may encourage Americans to visit the kingdom, bolstering Morocco’s tourism industry and facilitating cultural exchange.

While Michelle Obama’s visit to Morocco would be for pleasure rather than business, it would carry political weight. The message appears to be one of unity, and may encourage close relations between the two nations. At the very least, it will be a memorable vacation for the First Family.